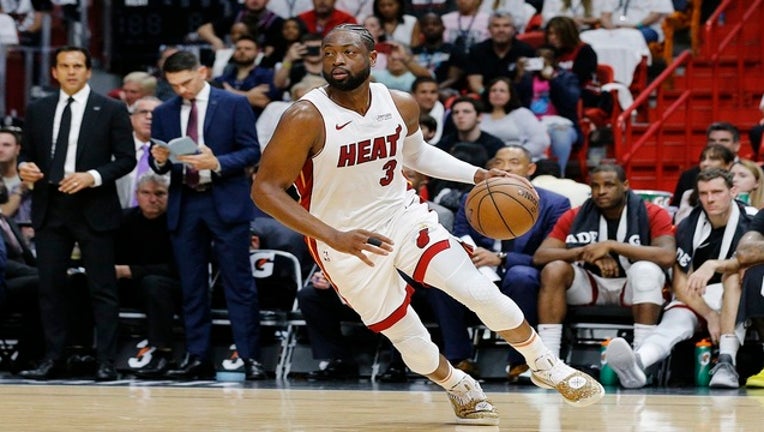 MIAMI, FLORIDA - APRIL 09: Dwyane Wade #3 of the Miami Heat in action against the Philadelphia 76ers during the second half at American Airlines Arena on April 09, 2019 in Miami, Florida. (Photo by Michael Reaves/Getty Images)

MIAMI (AP) - Dwyane Wade of the Miami Heat has been selected as this season's winner of the Magic Johnson Award, presented by the Pro Basketball Writers Association.

Wade, who just completed his final season before retirement, was chosen as "the player who best combines excellence on the basketball court with cooperation and dignity in dealing with the media and the public."

The PBWA created the Magic Johnson Award in 2001. Other finalists this season included Bradley Beal of the Washington Wizards, Rudy Gobert of the Utah Jazz, Draymond Green of the Golden State Warriors and Nikola Vucevic of the Orlando Magic.