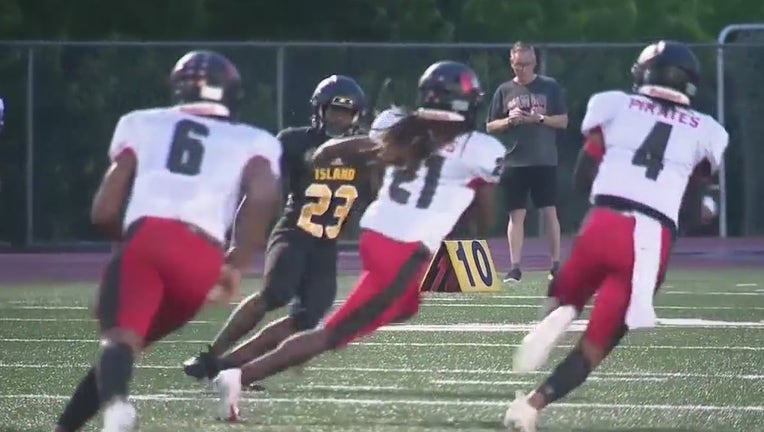 "Everybody on the same page. We all want to hit. We ain’t playing no games this year," senior defensive lineman Darrell Wilson said.

It’s all about holding each other accountable, something the Pirates didn’t do much of last year.  The result? Only one win in 2020. But Palm Bay is serious about turning the page.

"I mean, I wouldn’t respect a team that went 1-10 last year, you feel me? But that’s just how it is. But they’re going to have to respect us. It’s different. It’s a new Bay," Wilson said.

The Pirates’ focus is on the present, and they’re also eyeing the future.

"I’m a leader because I’m going to build the program up to make sure it’s better for the next two years at Palm Bay. I feel like we can turn the program around," sophomore defensive end Markel Gowins said.

As for Friday night’s matchup against Merritt Island, Palm Bay attempted to keep an unbeaten record; however, Merritt Island won 44-12.  The Pirates will face Rockledge on Oct. 1.

"We all know what we’re capable of. We all believe in each other. So we’re not worried about what everybody else thinks," Owens said.