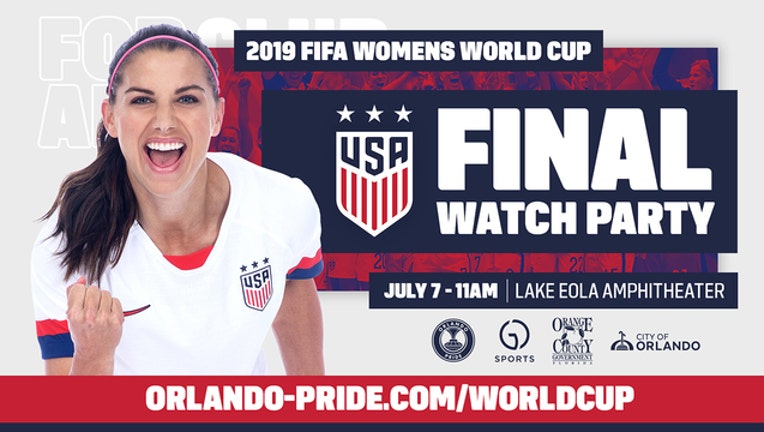 The match, which kicks off at 11 a.m. ET on Sunday, will feature three Orlando Pride players in forward Alex Morgan, defender Ali Krieger and Pride captain and goalkeeper Ashlyn Harris, as the U.S. Women's National Team faces off against the Netherlands for the trophy.

The Watch Party will include:

Further details on the event can be found here.