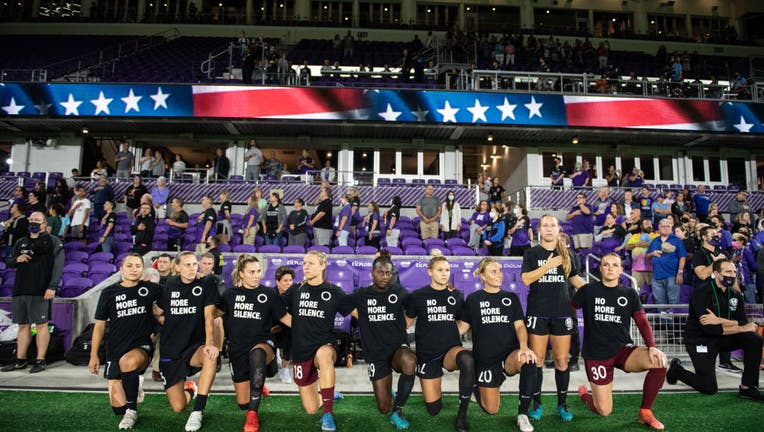 ORLANDO, Fla. - The Orlando Pride has a new head coach!

Seb Hines has been promoted to take over the role, effective immediately, signing a multi-year contract to lead the Pride.

"Seb is a talented coach that has demonstrated great leadership and an ability to get the most out of his players, while also establishing an inclusive and competitive team culture. He stepped into a difficult position this year, handling it with professionalism and brought about many positive changes both on and off the field for our Club," Orlando Pride Chairman Mark Wilf said in a press release. "We are very excited to see what he can keep building with a full offseason and preseason ahead of the 2023 campaign. Seb has been an incredibly dedicated and passionate member of our organization and we are thrilled to have him as the next head coach for the Orlando Pride."

The announcement is a historic one: Hines will be the league’s first-ever Black full-time head coach.

"I'm grateful for this opportunity and look forward to leading the Pride ahead of the 2023 NWSL season. Orlando is a diverse and dynamic city, and I'm excited to build a team identity that reflects the values of our club and our community—a team that Pride fans can be proud of," Hines said.