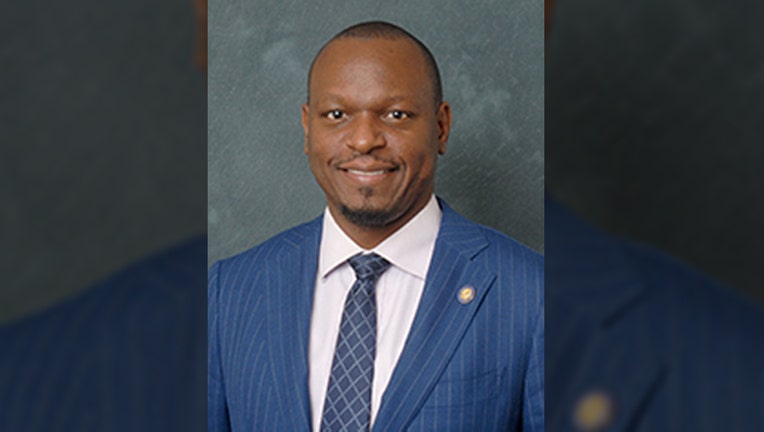 TALLAHASSEE, Fla. - Sen. Randolph Bracy wants to expand the playing field on proposals that would allow college athletes in Florida to get paid for endorsements.

While lawmakers have not started debating a series of endorsement proposals, Bracy, an Orlando Democrat who played basketball at the College of William & Mary, outlined plans Wednesday to include revenue-sharing discussions in a measure he is sponsoring for the upcoming 2020 legislative session.

“How it would be disbursed, the amounts, I think, is up for debate, that we can talk about in committee,” Bracy said. “But it’s an idea that I’m committed to. I’m very flexible on how that would be distributed and the particulars of it.”

Bracy wants to use revenue sharing to establish a trust fund that would pay college athletes when they are done playing.

Florida State University President John Thrasher, who joked he was in the Capitol on Wednesday to look for a new head football coach, simply replied that “there’s a lot of ideas out there” when asked about Bracy’s proposal.

Four proposals have been filed for the 2020 session, which starts Jan. 14, that would allow college athletes to be compensated through endorsement deals that use their names, images and likenesses. Bracy and House Minority Leader Kionne McGhee, D-Miami, have filed two of the proposals (SB 582 and HB 251), while Sen. Debbie Mayfield, R-Rockledge, and Rep. Chip LaMarca, R-Lighthouse Point, have filed two others (SB 646 and HB 287).

The bills are mostly similar and have drawn support from Gov. Ron DeSantis, who played baseball at Yale University. The Bracy-McGhee effort also proposes a task force to review state and federal laws and regulations by the NCAA and other organizations about compensation for college athletes.

Bracy called a move last month by the NCAA Board of Governors to consider allowing college athletes to capitalize on their likeness as being “fraught with ambiguity.”

“So many of these college athletes generate astronomical revenue for the NCAA and their respective institutions,” Bracy said. “Yet, some struggle with fundamental living expenses.”

The NCAA board directed the three collegiate sports divisions to consider updates to relevant bylaws and policies no later than January 2021.

The move came after California Gov. Gavin Newsom signed into law a measure that, starting in 2023, would allow California college athletes to hire agents and sign endorsement deals.

The NCAA directive maintains that pay for on-field play would not be permitted, that athletes would not become university employees and that arranged payments couldn’t be used for recruiting.

NCAA President Mark Emmert said that action would ensure college athletes continue to “compete against students and not professionals.”