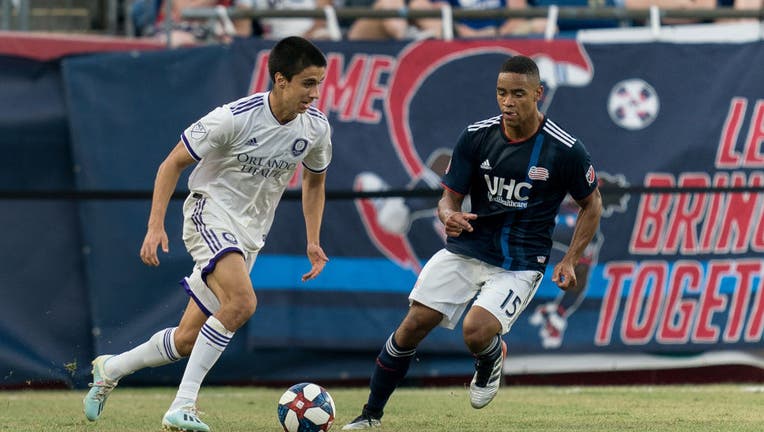 LAKE MARY, Fla. - Orlando City SC will remain at home for its next match of the Audi 2020 MLS Cup Playoffs when the Club will host No. 8 New England Revolution.

Adam Buksa and Tajon Buchanan scored four minutes apart -- both on assists from Carles Gil -- in the first half and the Revolution beat the Supporters' Shield winner Philadelphia Union 2-0 on Tuesday night in the MLS Cup playoffs.

New England will play No. 4 seed Orlando on Sunday in the Eastern Conference semifinals.  Kick-off is at 3 p.m. ET.

Buksa headed in a free kick in the 26th minute for his seventh goal of the season. Buchanan cut back his defender at the corner of the 18-yard box to send a shot under MLS goalkeeper of the year Andre Blake for his third goal this season against the Union.   Gil nearly scored in the 52nd when his chip shot hit the crossbar.

It was the sixth meeting between the clubs this season -- with the Union going unbeaten in the previous five, including four victories. The Revs hadn't beaten the Union since the 2017 season.

A limited number of tickets to the match will be available starting at 10 a.m. ET on Wednesday, Nov. 25 at  the link here.  Fans who purchased the Playoff Strip package have been charged automatically and tickets for the game will be loaded into accounts. No further action is necessary.

Exploria Stadium will continue to operate at reduced-capacity for the upcoming match, with safety protocols and policies in place. More information can be found at OrlandoCitySC.com/KnowBeforeYouGo.