The Orlando City Soccer Club and Orlando Pride introduced the Clubs’ new majority owners during an event on Wednesday.

ORLANDO, Fla. - The Orlando City Soccer Club and the Orlando Pride introduced the Clubs’ new majority owners during an event on Wednesday.

Chairman Mark Wilf made his first public remarks after acquiring the organization.

Wilf said he and his family are humbled about the opportunity, and they have a great passion for the game of soccer, and that he’s a "soccer dad" himself.  He added that they have already started investing in staff and other areas of the club. 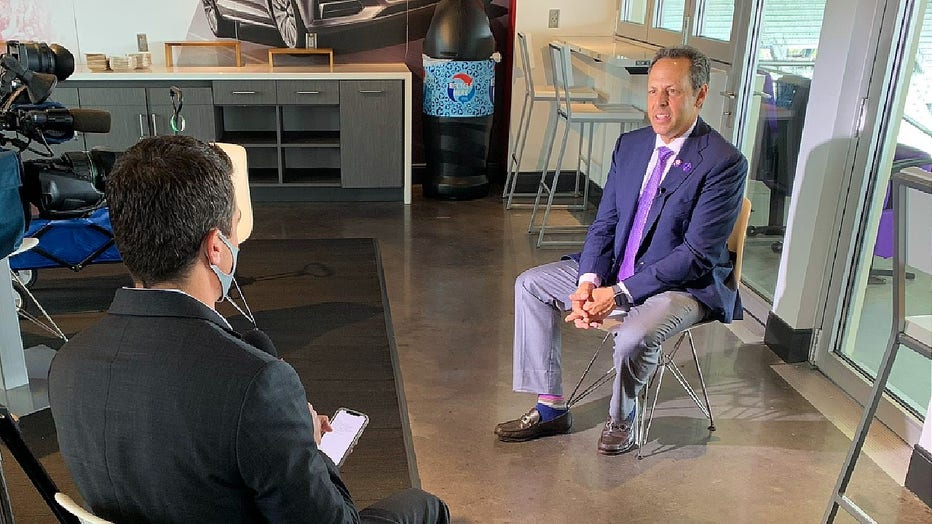 "We know what we don’t know about soccer," he told FOX 35's Adam Shadoff in a one-on-one interview, adding that they will leave some decisions on the intricacies of the sport and technical aspects to the people who know it best.  "We want to make sure we have the right people in place."

The Wilf family owns the NFL's Minnesota Vikings and had been looking for an MLS team to own for years.  Wilf said the NFL approach carries over to MLS on some things but not everything.

Wilf said he is looking to win and continue to win right away. He said he is big on community involvement with the team and values the fan base and what it means to the club.

"We know what's important. Of course, it's winning championships. It's providing a top-notch fan experience, and we have a great fan experience here at Exploria. We're gonna try our best to make it even better and more enticing to our fans," he said.