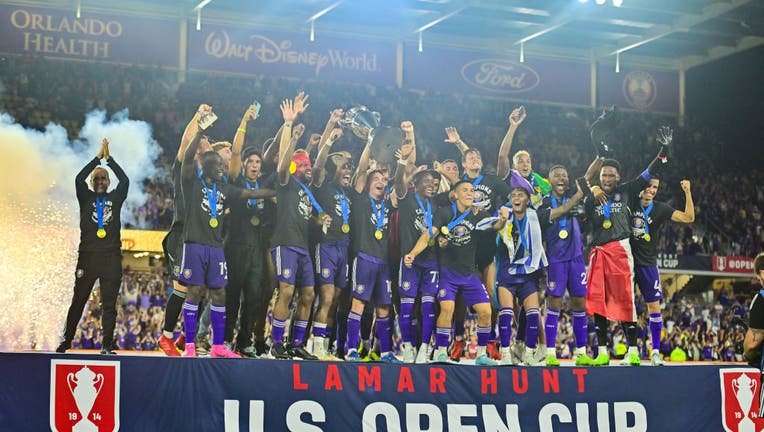 ORLANDO, Fla. - The Orlando City Lions made history on Wednesday before a sellout crowd, winning the 2022 Lamar Hunt U.S. Open Cup Championship in a 3-0 defeat of the USL's Sacramento Republic FC.

Facundo Torres broke through with a goal in the 75th minute, then converted on a penalty to give Orlando City its first-ever trophy as a Major League Soccer club. Torres' penalty kick in the 80th all but sealed it for the Lions, who had not won a title since joining Major League Soccer in 2015. Orlando native Benji Michel added a stoppage-time goal.

Sac Republic, which plays in the USL, was looking to become the second lower-division club to win the Open Cup championship in a quarter-century. The Rochester Rhinos won the title in 1999.

Torres' first goal came off a tap by Michel, a homegrown player signed before the 2019 season. The Uruguayan's goal prompted the sellout crowd at Exploria Stadium to chant "We want the cup!" Michel was fouled in the box to make way for Torres' penalty, then scored himself in the sixth minute of stoppage time.

Orlando City had beaten the New York Red Bulls 5-1 in the Open Cup semifinals to advance to the title game.  Sacramento advanced 5-4 on penalties after a scoreless draw with Sporting Kansas City in the semifinals. The Republic also downed the San Jose Earthquakes and the LA Galaxy in Open Cup play. 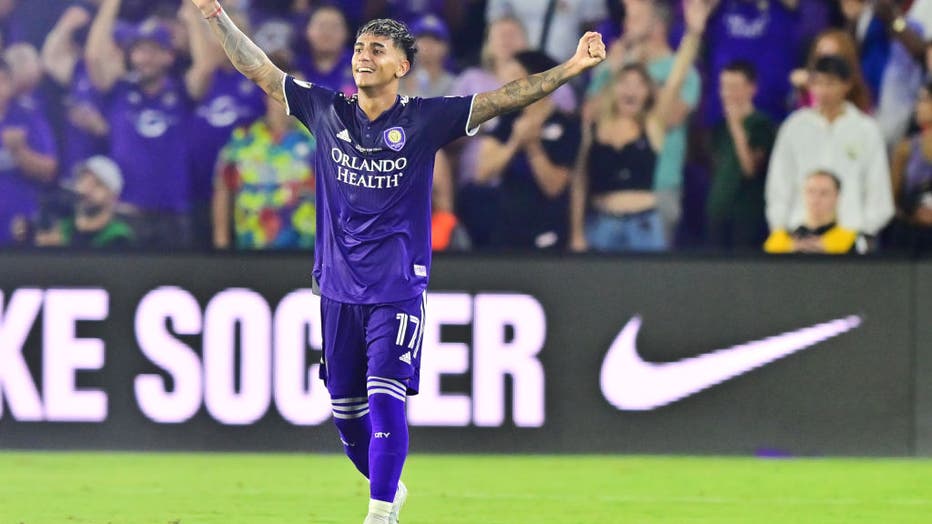 ORLANDO, FLORIDA - SEPTEMBER 07: Facundo Torres #17 of Orlando City celebrates after scoring a goal in the second half against the Sacramento Republic FC during the Lamar Hunt U.S. Open Cup at Exploria Stadium on September 07, 2022 in Orlando, Florid 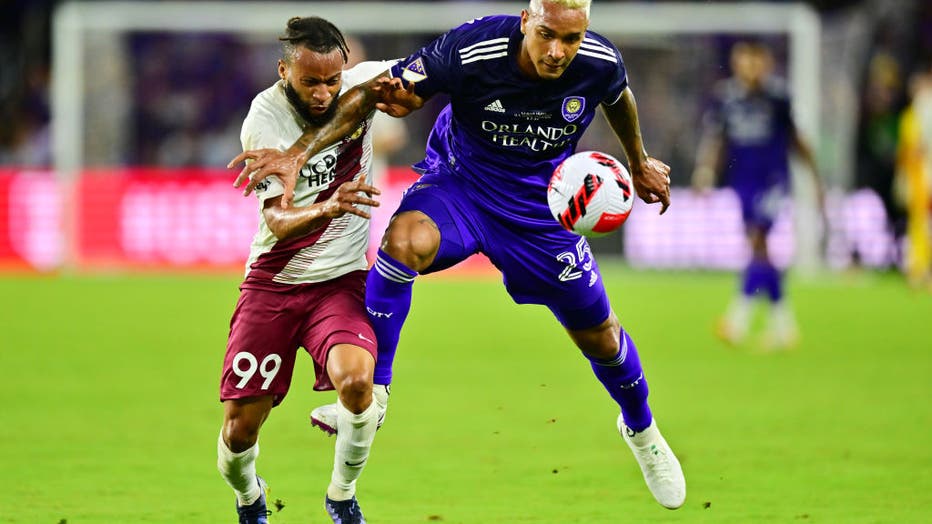 ORLANDO, FLORIDA - SEPTEMBER 07: Maalique Foster #99 of Sacramento Republic FC and Antônio Carlos #25 of Orlando City battle for possession in the second half during the Lamar Hunt U.S. Open Cup at Exploria Stadium on September 07, 2022 in Orlando, F

Before Wednesday night, the closest the Lions came was in 2020, when they were runners-up in the MLS is Back tournament. Orlando City became the first Florida team to win a major pro soccer trophy since 2001 when the Miami Fusion won the MLS Supporters' Shield.

This was the 107th edition of the Open Cup, which was not played for the past two years because of COVID-19.

Over 25,500 were in attendance at Exploria Stadium.

Orlando City SC announced after the match that the club will take its celebrations to the steps of City Hall in downtown Orlando on Thursday afternoon. The event is set to start at 12 p.m. ET.  Hosted by former Lions goalkeeper Miguel Gallardo along with City’s sideline reporter Gabrielle Amado, the event will include speeches from City of Orlando Mayor Buddy Dyer, Orlando City Chairman Mark Wilf, and Head Coach Oscar Pareja, with the Lamar Hunt U.S. Open Cup trophy in full display.

The event is free and open to the public, with fans encouraged to come out and celebrate with the team and the Orlando community, as the Lions lift their first trophy in the MLS era.