Sporting events postponed in protest over shooting of Jacob Blake

For a second day, NBA games were postponed over the shooting of a Black man in Kenosha, Wisconsin. The NBA says the playoffs will resume at some point but it was not immediately clear when that will happen.

ORLANDO, Fla. - The NBA players decided Thursday to resume the playoffs a day after Milwaukee Bucks players decided not to play in protest of the police shooting of Jacob Blake, the league confirmed.

NBA Vice President Mike Bass confirmed that Thursday’s playoff games has been postponed. They added that the playoffs will continue either on Friday or Saturday.

They added that a video conference between the players and the league's governors will be held later on Thursday to discuss the next steps.

The development came a day after the Bucks failed to show up for their playoff game against the Orlando Magic. The team chose to strike over the Blake shooting in Kenosha, Wis. The Magic supported the Bucks’ decision and the four other teams who were playing that night followed suit.

The Bucks released a statement with support of the front office on their reasons why they chose not to play:

“Over the last few days in our home state of Wisconsin, we’ve seen the horrendous video of Jacob Blake being shot in the back seven times by a police officer in Kenosha, and the additional shooting of protestors. Despite the overwhelming plea for change, there has been no action, so our focus today cannot be on basketball,” the team said.

“When we take the court and represent Milwaukee and Wisconsin, we are expected to play at a high level, give maximum effort and hold each other accountable. We hold ourselves to that standard, and in this moment, we are demanding the same from our lawmakers and law enforcement.

“We are calling for justice for Jacob Blake and demand the officers be held accountable. For this to occur, it is imperative for the Wisconsin State Legislature to reconvene after months of inaction and take up meaningful measures to address issues of police accountability, brutality and criminal justice reform. We encourage all citizens to educate themselves, take peaceful and responsible action, and remember to vote on Nov. 3.”

The Orlando Magic supported the decision, releasing the following statement:

"Today we stand united with the NBA Office, the National Basketball Players Association, the Milwaukee Bucks and the rest of the league condemning bigotry, racial injustice and the unwarranted use of violence by police against people of color.”

RELATED: President Trump: NBA has become like 'a political organization'

The Los Angeles Lakers and Los Angeles Clippers reportedly voted to end the season. Yahoo Sports reported that LeBron James had changed his view on the rest of the season between Wednesday night and Thursday night, opting to continue the season because it was in the players’ best interest. 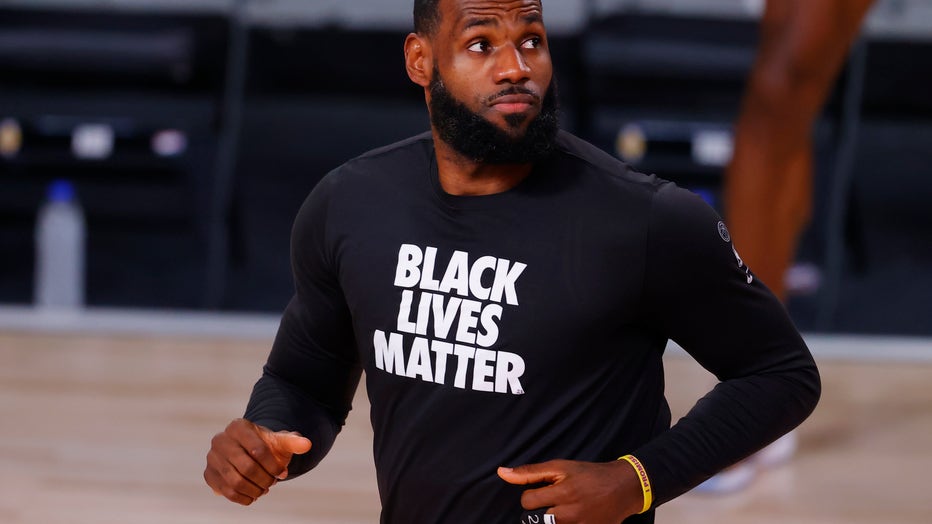 FOXNews.com contributed to this report.