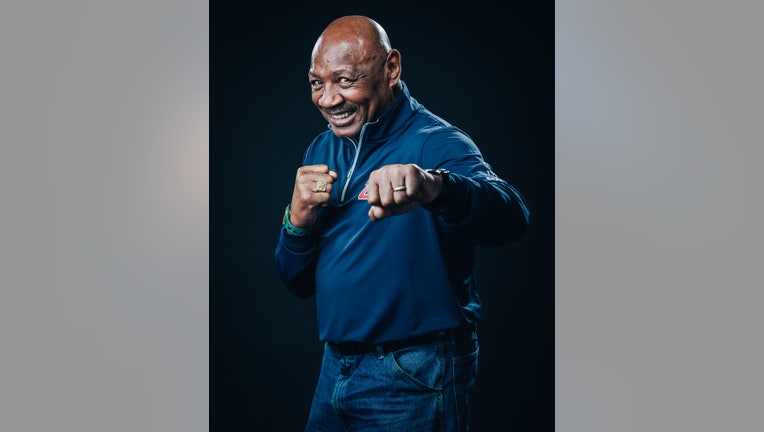 Academy member Marvelous Marvin Hagler poses at the Mercedes Benz Building prior to the 2020 Laureus World Sports Awards on February 16, 2020 in Berlin, Germany. (Photo by Simon Hofmann/Getty Images for Laureus)

Marvin Hagler, the middleweight boxing great whose title reign and career ended with a split-decision loss to "Sugar" Ray Leonard in 1987, died Saturday. He was 66.

"I am sorry to make a very sad announcement," she wrote. "Today unfortunately my beloved husband Marvelous Marvin passed away unexpectedly at his home here in New Hampshire. Our family requests that you respect our privacy during this difficult time."

The fierce left-hander had two of his biggest victories at Caesars Palace, unanimously outpointing Roberto Duran in 1983 and knocking out Thomas Hearns in the third round in 1985.