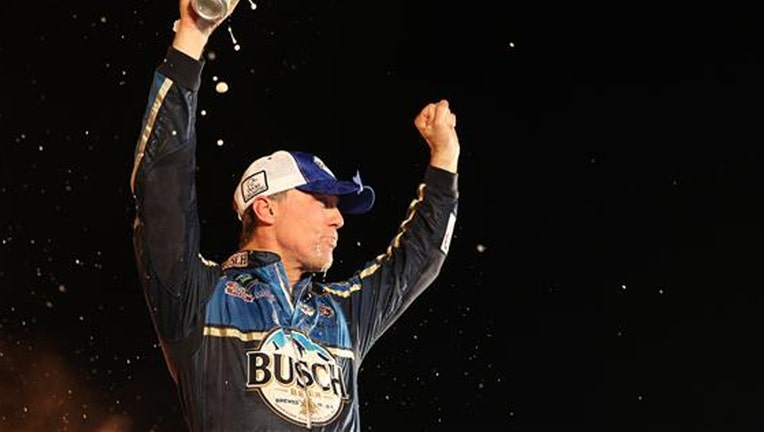 The NASCAR points leader said this weekend's The Real Heros 400 at Darlington Raceway will be a “wake-up call,” and not just because it’s the first race back after a two-month hiatus caused by the coronavirus pandemic.

Temperatures at the South Carolina track on Sunday are expected to be near 90 degrees, and he thinks not having been in a hot car yet this season is going to be the hardest thing to deal with.

“You’ll have some muscles and necks and shoulders and things as you go through this first one,” Harvick said.

It’s not the only challenge the field will be facing. Along with strict health and safety measures in place that will reduce the amount of interaction drivers have with their teams, the race is being run without practice or qualifying, so they won’t know what to expect from their cars until the first turn.

That’s an issue compounded at Darlington, which Harvick says is very sensitive to temperature and evolves during the race.

The biggest goal, he said, is trying to “be in the ballpark, trying to be solid.”

Harvick’s management company represents Donald “Cowboy” Cerrone in the UFC, which restarted competition last week, so he has had exposure to the procedures surrounding the return of a big-time sporting event and is confident NASCAR can pull it off as long as everyone takes personal responsibility and follows the rules put in place.

“The world is watching; our country especially is watching, so we have to make all the right moves.”