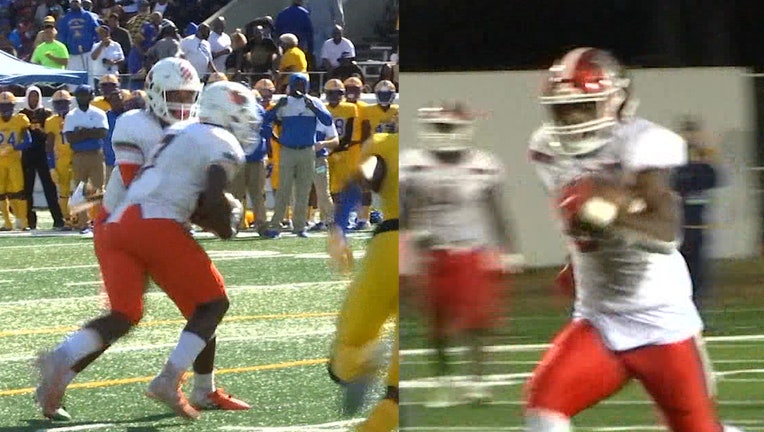 DAYTONA - Both Jones and Edgewater gave their opponents everything they could handle, before ultimately falling in state championship games Saturday in Daytona.

In class 5A, Jones battled back and forth with Miami Northwestern, but couldn't keep up late, losing 34-17.  Running back Avarius Sparrow rushed for 111 yards but was forced to leave in the second half after suffering a concussion.

In the 7A late matchup, Edgewater jumped out to a 14-0 lead on St. Thomas Aquinas but saw that lead quickly dissappear. Christian Leary broke free for two long touchdowns in the first half.  Leary finished the game with 141 yards on six carries.

Edgewater trailed by five points and had possession inside the Aquinas 25 yard-line, but what would have been a game-winning pass instead found the hands of an Aquinas defender.

It's the 11th state championship for St. Thomas Aquinas.