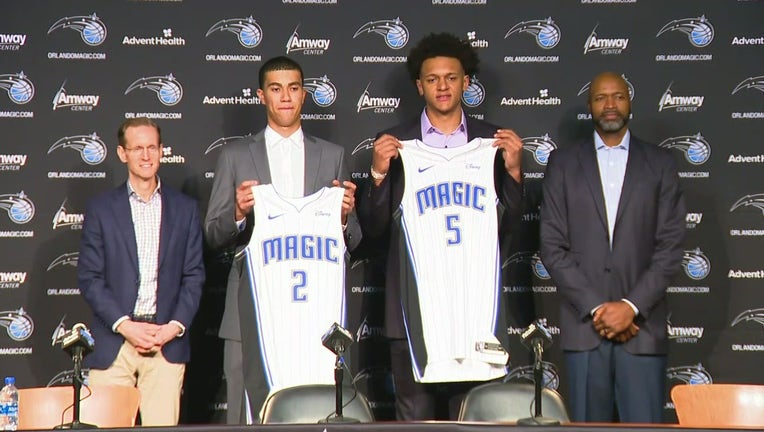 ORLANDO, Fla. - If the Orlando Magic want to return to the NBA Playoffs, they need more offensive firepower – and it looks like the team may have found that with No. 1 draft pick, Paolo Banchero, and their No. 32 selection, Caleb Houstan.

The Magic's offense ranked second-to-last in the league in the previous season, as they averaged just over 104 points per game.

Banchero did it all at Duke University and will be counted on again to help lift this franchise.  He shot 47%  from the field while averaging 17.2 points and 7.8 rebounds per game. This was en route to the Blue Devils' NCAA Final Four appearance.  Whether it's driving to the hoop, or pulling up for a mid-range jumper, he can create off the dribble and routinely draws double-teams, opening up other players.

Magic head coach Jamahl Mosley said during a post-draft press conference, that Banchero makes everyone around him better.  Banchero, who is 6-foot-10 and 250 pounds, has been described as the most NBA-ready player in this draft class, and for good reason.

Former Michigan wing Houstan could also be looked to for shooting. He was used primarily as a floor spacer for the Wolverines and could find himself in a similar role in Orlando. Houstan had an up-and-down freshman campaign in Michigan, but when his shooting is hot, it's hard to stop him.

He also played at Lake County's Montverde Academy and joins others from the same school to be drafted into the NBA including Cade Cunningham (Detroit Pistons), Scottie Barnes (Toronto Raptors), and Jalen Duren (Detroit Pistons).