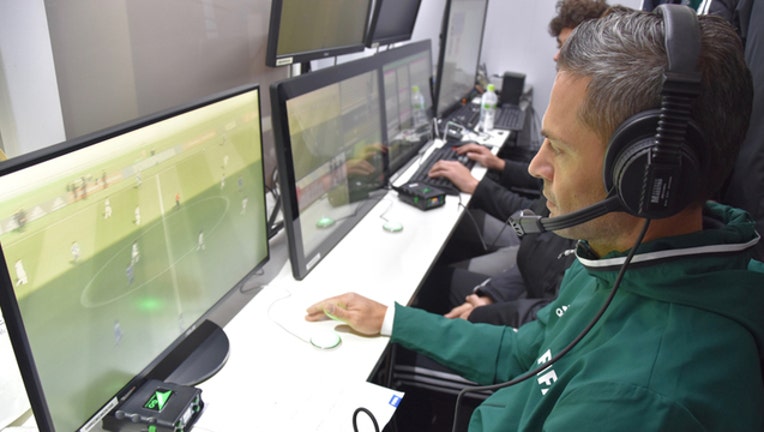 For the first time in its history, the World Cup is going to have a video review process.

The International Football Association Board approved the technology for the 2018 FIFA World Cup, which will be held in Russia, by a unanimous vote earlier this year. Two weeks later, FIFA’s ruling council made it official. The decisions followed an 18-month trial period in which the technology, known as VAR, was used in several major leagues and tournaments across the globe.

VAR will be tightly governed by a strict set of rules. Incidents can only be sent to the video review official if it is a “clear and obvious error.” Only four situations can be reviewed: goals, penalties, red cards, and cases of mistaken identity.

Both the VAR official and the on-field referee can request for a call to be reviewed. The on-field official is allowed to ask for a review at a stoppage in play, and must make a hand sign to officially request it.

Thirteen officials have been trained to assume VAR duties, but only four will be in the booth at one time. The main replay official will be aided by three assistants. They’ll set up shop in a central location in Moscow, where they will have access to all broadcast camera angles and two cameras which will be dedicated to reviewing offsides penalties.

However, the VAR judge will not have the final say. It can only advise the on-field official, who will hold the power to make whichever call he or she sees fit.

The decision to institute video replay came late for FIFA – most other major sporting leagues have used it for years. While it was widely praised within the organization, it did not come without controversy. During the 18-month trial, the system was criticized as being slow, and there were often communication problems between on-field officials and the VAR official.

In addition, many of the on-field referees trained for the 2018 event come from countries and leagues which do not use the replay system. That has some worried those referees will be less likely to rely on VAR in crucial situations.

It will be the second-straight World Cup featuring new technology. In 2014, the tournament installed a goal-line review system. The change was inspired after an apparent goal by English midfielder Frank Lampard was mistakenly disallowed in a 2010 World Cup match against Germany. England went on to lose the match. It will return in 2018.