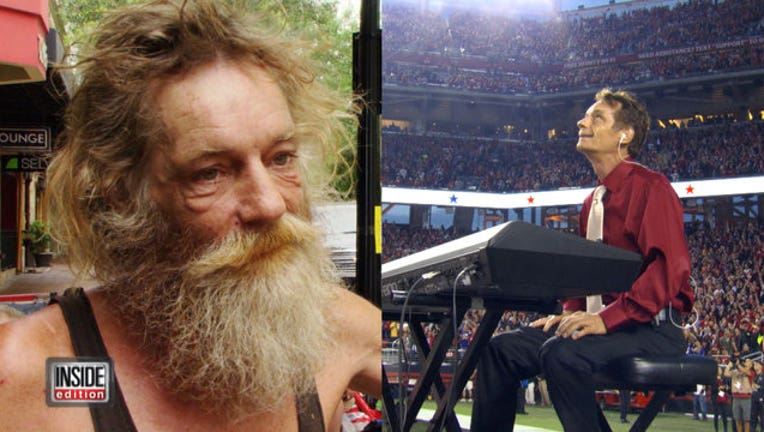 NEW YORK (FOX5NY) - A homeless man who shocked the world with his amazing piano playing has now given a heart-stopping performance in front of his largest crowd yet.

Less than two months after Donald Gould was discovered on the streets of Sarasota, Florida, INSIDE EDITION arranged for him to play the national anthem during a Monday Night Football game between the San Francisco 49ers and Minnesota Vikings.

He went through a sound check in an empty Levi's Stadium a few hours before the nationally televised game. He's never played anywhere like that stadium before.

After the final note of his incredible performance, he was swamped with hugs and congratulations.