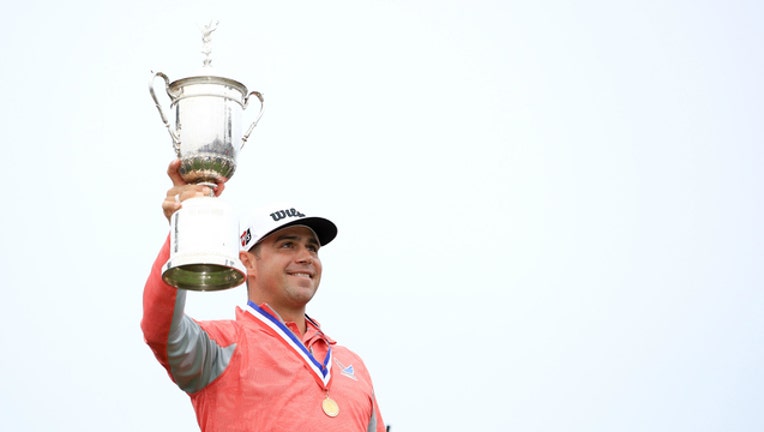 GETTY Gary Woodland of the United States celebrates with the trophy after winning the 2019 U.S. Open at Pebble Beach Golf Links on June 16, 2019 in Pebble Beach, California.

Woodland all but sealed his first major title when he chipped off a tight lie on the green on the 17th hole to tap-in range at a pin tucked in the back left. His par there preserved the two-shot lead.

Woodland shot 2-under 69 to become the fifth player to break 70 in all four rounds of the U.S. Open.

The fourth was Koepka, who wrapped up his round of 68 a few minutes earlier. He's the first to accomplish that feat and not win.

Koepka failed in his quest to become the first player since Willie Anderson in 1905 to win three straight U.S. Opens. But this second-place finish adds to a runner-up at the Masters and his title at the PGA last month.

Xander Schauffele, Jon Rahm, Chez Reavie and Justin Rose finished in a four-way tie for third and 7 under.