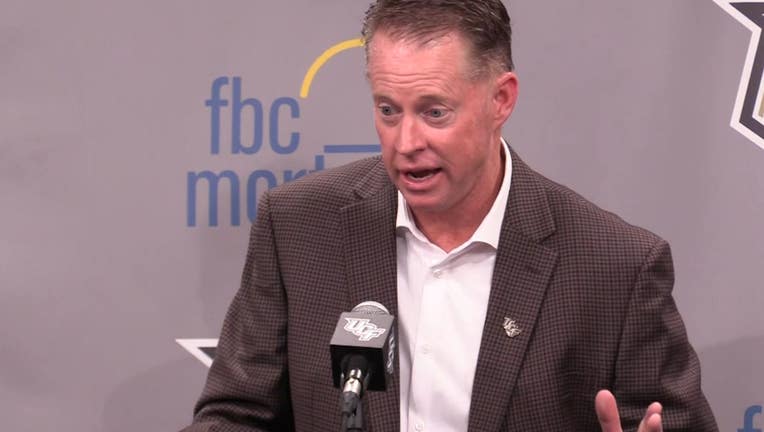 The Knight's offense will look a lot different next year under Hinshaw. But it's a change the Knights need as they head to the high-scoring Big 12 Conference.

Hinshaw, who played quarterback at UCF during the early and mid '90s laid out his vision for the Knight's offense during Wednesday's introductory press conference.

"I don’t know how head coaches can be play-callers. There’s probably a few out there that can still pull it off. But there’s more challenges than ever before," Malzahn said.

Hinshaw recently worked as an offensive coordinator at the University of Alabama, Birmingham.