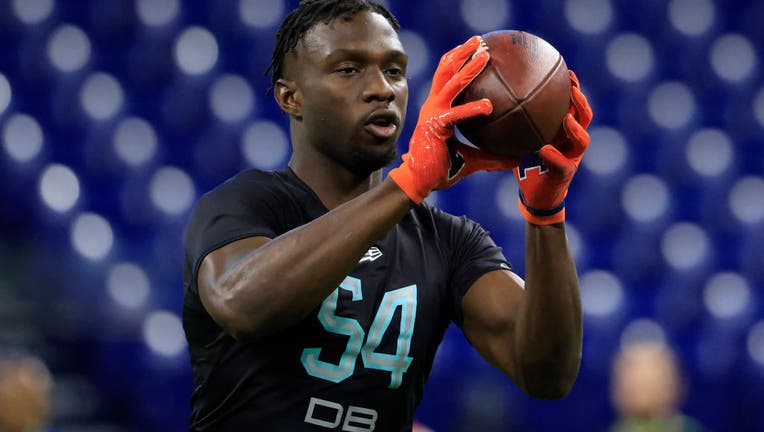 Kerby Joseph of the Illinois Fighting Illini runs a drill during the NFL Combine at Lucas Oil Stadium on March 06, 2022 in Indianapolis, Indiana. (Photo by Justin Casterline/Getty Images)

He's expected to be picked up by a team on the second or third day of the NFL draft.

"I’ve been dreaming about this my whole life. So a couple more hours, and It’s about that time," Joseph told FOX 35.

Joseph spent the last four years honing his skills at Illinois. But it was right here in Orlando, at Jones High School, where he built a strong foundation.

"My coaches there taught me discipline. They taught me what it was going to take at the next level and also understand defenses," Joseph said.

"You have certain athletes where you just know that if he stays healthy if he stays focused, he has opportunity," Jones assistant head coach, Andrew Anderson said.

Joseph was the only player from Central Florida to receive an NFL combine invite this year.

But whatever happens in the coming days, he's ready to start this new journey.

"Pressure makes diamonds. I ain’t nervous at all. I love the pressure," Joseph said.