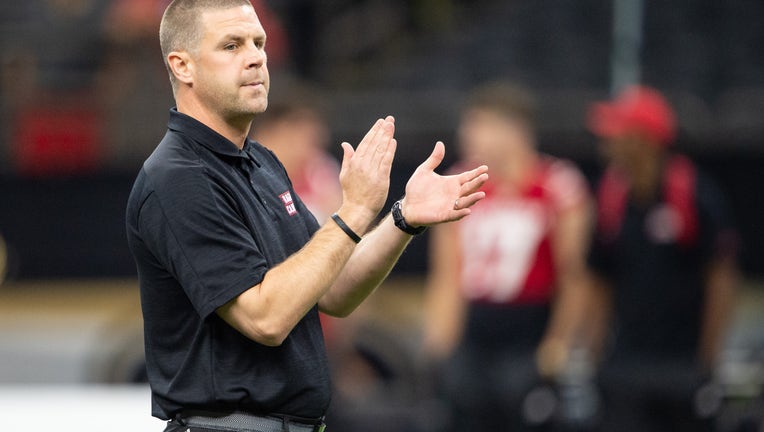 GAINESVILLE, Fla. - A person familiar with the search says Louisiana-Lafayette’s Billy Napier will be Florida’s next football coach, ending a quick process that landed the Gators their top target.

The person spoke to The Associated Press on condition of anonymity Sunday because Napier and the Gators had yet to make the hiring official. A formal announcement was expected later Sunday.

The 42-year-old Napier is expected to remain with the Ragin Cajuns (11-1) this week as they prepare to host Appalachian State (10-2) in the Sun Belt Conference championship game Saturday.

Napier will then take over for Dan Mullen, who was fired last week after the team’s fourth loss in five games. Mullen was let go less than a year after leading the Gators to a third consecutive New Year’s Six bowl.

Napier has been one of college football’s rising stars and hottest names in recent years. He was in the mix for current openings at Virginia Tech and TCU.

He also turned down Mississippi State after the 2019 season and backed away from South Carolina and Auburn following the 2020 season. His name has been connected to other Southeastern Conference openings, too, including Mississippi and Missouri.

MORE NEWS: Cyber Monday: How to stay safe from hackers while shopping online

He takes over a Florida program that’s been in disarray for more than a year but is close to opening an $85 million football facility that could help the team catch up in recruiting. And that could help the Gators close the gap on the superpower such as Georgia and Alabama.

Florida had lost nine of their last 11 games against teams from the Football Bowl Subdivision before beating rival Florida State on Saturday. The 24-21 victory in the Swamp made Florida (6-6) bowl eligible.

Stricklin surely hopes Napier will help Florida continue the offensive success it enjoyed in much of Mullen’s four seasons while also providing a better culture and more accountability on and off the field.

Napier is known for having detailed organization skills that he adopted during his time with Saban. Napier’s approach has carried the Ragin’ Cajuns to unprecedented success. They are 39-12 in four seasons, including 32-5 the past three years.

TRENDING: US Postal Service announces holiday shipping deadlines: How to make sure packages arrive by Christmas

Napier, a native of Cookeville, Tennessee, was a former quarterback at Furman in South Carolina. His coaching career took a a big step forward while coaching receivers at Alabama (2013-16), where he worked with stars Amari Cooper and Calvin Ridley.

He parlayed that into a job as Arizona State’s offensive coordinator in 2017 under Todd Graham, whose Sun Devils averaged 31.8 points before Louisiana hired away Napier.