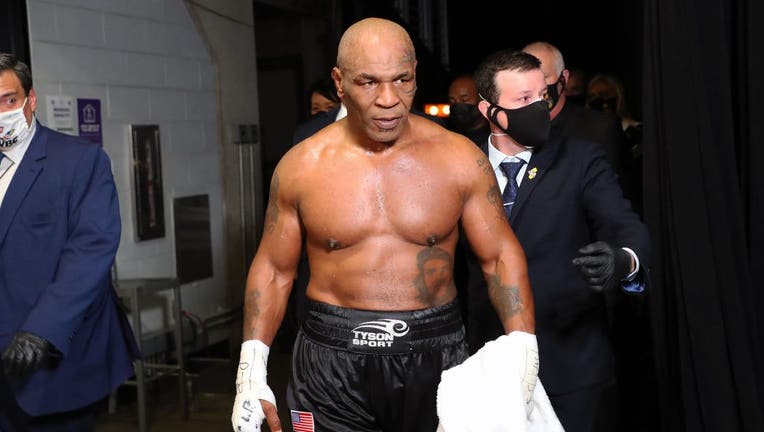 Mike Tyson exits the ring after receiving a split draw against Roy Jones Jr. during Mike Tyson vs Roy Jones Jr. presented by Triller at Staples Center on November 28, 2020 in Los Angeles, California. (Photo by Joe Scarnici/Getty Images for Triller)

Roy Jones Jr. expressed second thoughts about getting into the ring with Mike Tyson long before their exhibition match ended in a draw on Saturday, but apparently one brave soul decided it was smart to throw a punch at the boxing legend after the fight.

Tyson was leaving the Staples Center in Los Angeles when he stopped to sign autographs, and that’s when a man in the crowd reportedly began causing a scene wanting to fight him, sources told TMZ Sports.

According to the report, Tyson joked that it wouldn’t end well for him and that’s when the man in the crowd tried to throw a punch at the former undisputed world heavyweight. Tyson’s team immediately jumped in but the man took off.

It’s not clear who the man was but sources said that Tyson’s people recognized him from a previous incident where he tried something similar.

Police told TMZ Sports that they received a call at around 11 p.m. regarding a possible battery involving the boxing legend but once on the scene, both parties had already left.

Tyson and Jones fought to a draw in the California State Athletic Commission-sanctioned exhibition, but Tyson said he plans to fight again.