Stephen A. Smith weighs in on Zach LaVine and the NBA All-Star Game

LeBron James’ response to a question on whether or not he would get the coronavirus vaccine didn’t sit well with fiery ESPN personality Stephen A. Smith.

James had told reporters before the NBA All-Star Game that he planned on keeping the decision to get the vaccine "private." But Smith said Tuesday this is one thing James shouldn’t keep private, given what’s at stake when it comes to contracting the illness and what the vaccine can do to help people.

"Well this is a very delicate conversation, and I want to address it with the seriousness that it deserves. In being completely respectful to LeBron James, I want to emphasize that LeBron James has the right to feel that way. To some people it’s an incredibly private situation. As a Black man, considering this nation’s history and its unethical behavior when it came to using Black folks as guinea pigs in our eyes, I definitely understand the hesitation and apprehension on his part," Smith initially said on ESPN's "First Take."

GET THE FOX 32 NEWS APP FOR BREAKING ALERTS

"I say this to LeBron James, my brother, all of our brothers, who’s an incredibly, incredibly influential figure. I would say to him, he has taken positions on many, many, many things of incredible importance to our community," he continued. "One could easily argue when you see the amount of deaths that have come associated with COVID-19, it’s very little that he has encountered that is more challenging or daunting than this, and if you could speak up about those things, you just might want to think about speaking up about this." 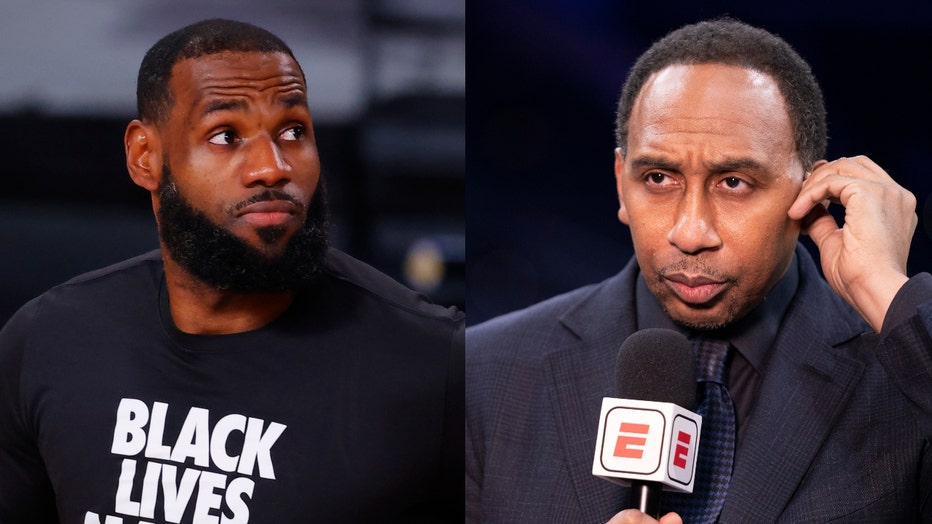 Smith further elaborated on his comments in a tweet.

James didn’t say he wouldn’t get the vaccine but the decision to keep things private instead of advocating one way or another leaves the door open for speculation. Brooklyn Nets guard James Harden and Utah Jazz guard Donovan Mitchell also said they were undecided.

NBA Commissioner Adam Silver has said that players won’t be required to get vaccinated.

However, former great players have helped push people toward getting their shots, including Kareem Abdul-Jabbar and Bill Russell.