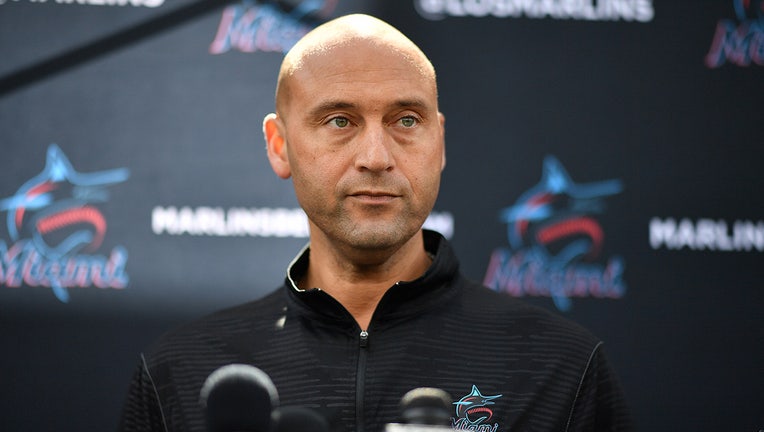 MIAMI - Derek Jeter announced a surprise departure from the Miami Marlins on Monday after 4 1/2 mostly unsuccessful years that didn't come close to matching his success as a player for the New York Yankees.

Jeter became CEO of the Marlins in September 2017 when Bruce Sherman bought the team from Jeffrey Loria.

A five-time World Series champion during a playing career spent entirely with the Yankees from 1995-2014, Jeter earned election to baseball's Hall of Fame in 2020.

While the Yankees are among baseball's highest spenders, Miami was 27th among the 30 teams in payroll last year at $61 million.

"I will no longer serve as CEO nor as a shareholder in the club," Jeter said in a statement released through PR Newswire rather than the Marlins. "We had a vision five years ago to turn the Marlins franchise around, and as CEO, I have been proud to put my name and reputation on the line to make our plan a reality. Through hard work, trust and accountability, we transformed every aspect of the franchise, reshaping the workforce, and developing a long-term strategic plan for success.

"That said, the vision for the future of the franchise is different than the one I signed up to lead."