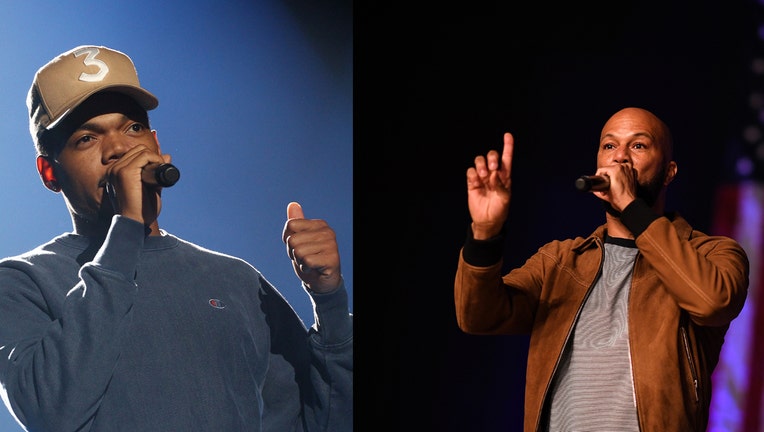 CHICAGO - All-Star weekend will be a homecoming for Common and Chance The Rapper.

The NBA said Thursday night that the Grammy winners will be headline performers at the All-Star Game in Chicago on Feb. 16.

Chance The Rapper and Common were both born in Chicago.

Common will deliver remarks about what basketball means to the city before he introduces the All-Star rosters before the game. Chance The Rapper and some guests will perform at halftime, doing a medley of some of his biggest hits.

Chance The Rapper’s younger brother and fellow rapper Taylor Bennett will perform at halftime of the Rising Stars game on Friday, Feb. 14. Chance and Bennett will also serve as All-Star ambassadors, partnering with the league and the Chicago Bulls for fan engagement and other programs.

Chicago is playing host to the All-Star Game for the third time, having also done so in 1973 and 1988.

The All-Star Game is expected to be broadcast to more than 200 countries, in roughly 50 languages. All-Star voting begins on Christmas Day.