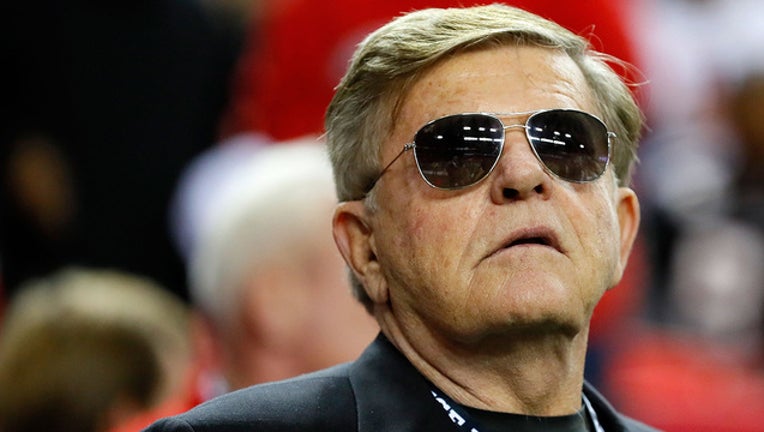 Former Atlanta Falcons coach Jerry Glanville stands on the field prior to the game against the New Orleans Saints at the Georgia Dome on January 1, 2017 in Atlanta, Georgia. (Photo by Kevin C. Cox/Getty Images)

Glanville has coached all levels of football from colleges to the NFL and most recently was the head coach of the CFL’s Hamilton Tiger Cats.

The 77-year-old coach has gained the reputation for being one of the more colorful characters in the game, this while always wearing black on the sidelines.

Glanville is also known for his comical banter with referees during games.  Once as head coach of the Atlanta Falcons, Glanville told a referee that “…this is the NFL, which stands for 'Not For Long' if you keep making calls like that.”

Glanville is associated with one of the more travelled myths in football for always leaving tickets for Elvis Presley.  The coach says this only happened once.

The eight-team XFL will begin play next February with games being seen on FOX and the FOX networks. Team names and logos have not yet been unveiled.