The Lake Nona girl's soccer team went through many head coaching changes in the last few years. Their current coach is finally offering some stability.

Their current coach, Jeffrey Simpson, is finally offering some stability.

"He really brought the comradery this year. The last two years we had a lot of animosity on our team," junior Jalen Haas said.

The girls credit Coach Simpson for the success.

"I like that he pushes you to work hard. He brings all his energy," senior Balentina Martinez said.

This is Simpson's first year as Lake Nona's head coach. He is also in his second year of medical school at the University of Central Florida.

Simpson spends about 10 to 12 hours a day studying, and another 2 to 3 hours at practices and games. 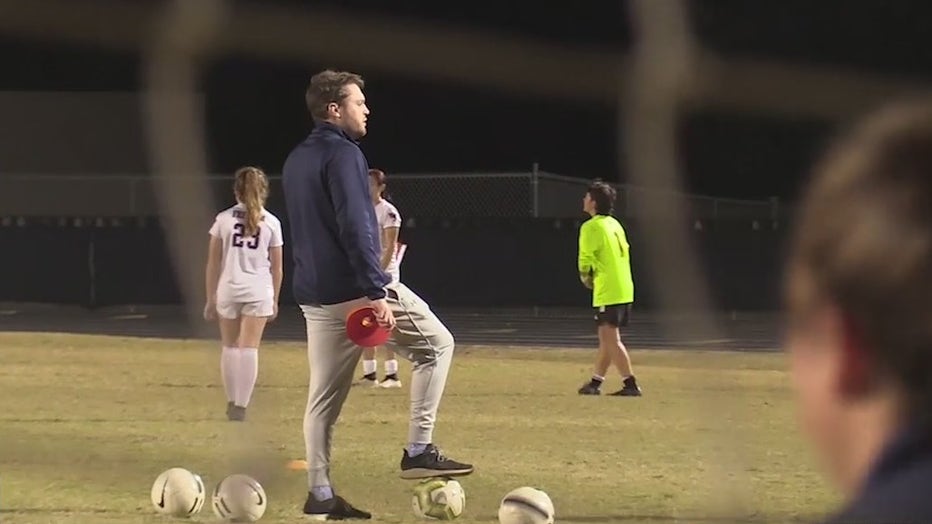 "Coaching has really motivated me to kind of get my work done. It’s also been a lot of reprieve from studying," Simpson said.

Simpson found out about the opening at Lake Nona while he was previously teaching.

"I fell in love with being able to impact players on and off the field," Simpson said.

"Even if he is tired, we would never know. He brings the energy every single day. He’s always bouncing up and down, trying to get the girls to follow the same way," Haas added.

Simpson won't be able to continue with his head coaching duties next year, as the demands of medical school increase.

But he plans to help out in some capacity.