Iowa State will face off against No. 19 Clemson in the Cheez-It Bowl at Camping World Stadium in Orlando on Wednesday.

ORLANDO, Fla. - With the last-minute cancellation of the Holiday Bowl, many eyes are watching what will happen with Wednesday’s Cheez-It Bowl in Orlando.

Coaches said that their teams are ready to play and that they are thankful to be in Florida, where their teams can have the game. The recent Holiday Bowl cancellation is the fifth postseason cancellation this year.

"You see the time and effort that so many people have put into making this function go off, to not have those experiences occur especially so late in the game is hard," Iowa St. Head Coach Matt Campbell added. 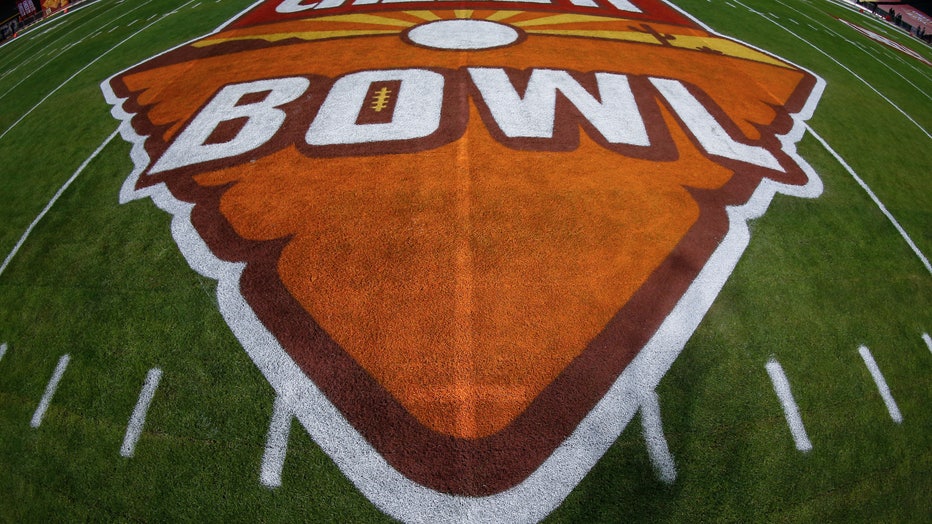 PHOENIX, AZ - DECEMBER 27: The Cheez-It bowl logo on the field before the Cheez-It Bowl college football game between the Air Force Falcons and the Washington State Cougars on December 27, 2019 at Chase Field in Phoenix, Arizona. (Photo by Kevin Abel

Camping World Stadium is open to full capacity. City officials said that all staff will be required to wear face masks. Guests are encouraged to do the same but are not required. 40,000 fans are expected to fill the stands.

Prior to the game, bands from both Clemson and Iowa State will marched down the streets of Downtown Winter Park Wednesday morning.