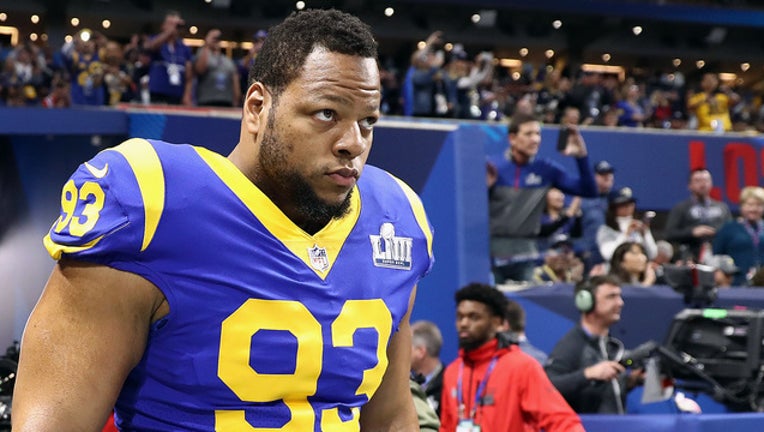 Ndamukong Suh of the Los Angeles Rams enters the field during warmups prior to Super Bowl LIII against the New England Patriots on February 3, 2019 in Atlanta, Georgia. (Photo by Jamie Squire/Getty Images)

TAMPA, Fla. (FOX 13) - Less than 24 hours after mutually parting ways with Gerald McCoy, the Buccaneers have found his replacement. ESPN’s Adam Schefter was first to report that Ndamukong Suh will join the Bucs on a one-year contract.

Ironically, Suh was selected one spot ahead of McCoy in the 2010 NFL Draft. Suh was selected second overall out of Nebraska by the Detroit Lions. McCoy then landed in Tampa with the third overall selection, where he spent the last nine seasons.

Suh is a five-time Pro Bowl defensive tackle, last earning the honor in 2016. The 32-year-old spent the first five years of his career in Detroit before signing the largest contract ever for a defensive player with the Miami Dolphins -- a six-year, $114-million deal. He was released after three years in Miami and then played the 2018 season with the L.A. Rams, where he helped them get to the Super Bowl.

Commenting on Suh before the signing was official, new Bucs head coach Bruce Arians called Suh “a hell of a player.”

Suh has a reputation as a durable player with a nasty streak. He has only missed two starts his entire nine years in the NFL. Suh was suspended for two games in the 2011 season for stomping on the leg of then-Packers guard Evan Smith. Smith will now be Suh’s teammate with the Bucs.