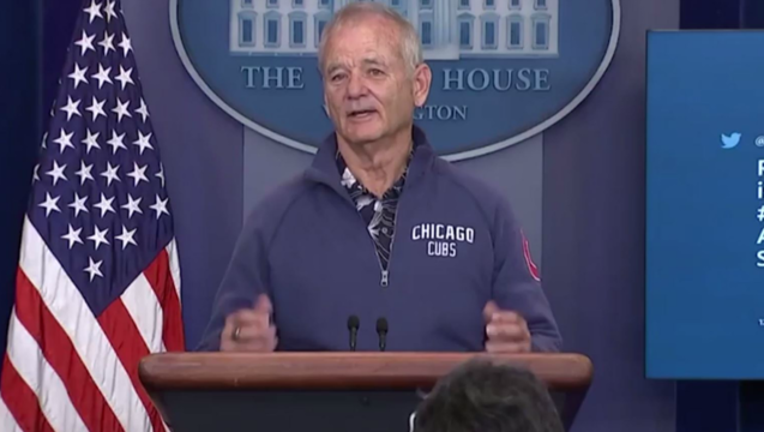 (FOX 32 NEWS) - The legend of Bill Murray continues to grow.

Cubs fan Karen Michel walked up to the Progressive Field box office on Tuesday hoping to miraculously get a ticket to Game 6 of the World Series.

She was predictably denied but happened across actor and Cubs fan extraordinaire Bill Murray outside the stadium. Murray gave her a ticket to get in the game.

"He turns around and says, 'Here, here's a ticket,'" Michel told MLB.com. "And he kind of shuttled me into the door. I thought it was just a ticket to get in. But it was a ticket to sit right here."

Michel's ticket was for the seat right next Murray just a few rows behind home plate. The pair watched the game together and talked about growing up Cubs fans.

The Cubs won 9-3 pushing the World Series to Game 7. Michel saw it all and got the experience of a lifetime due to the kindness of a stranger.

"I thought it was just a ticket to get in," Michel told MLB.com. "I didn't think it would be anything like this."