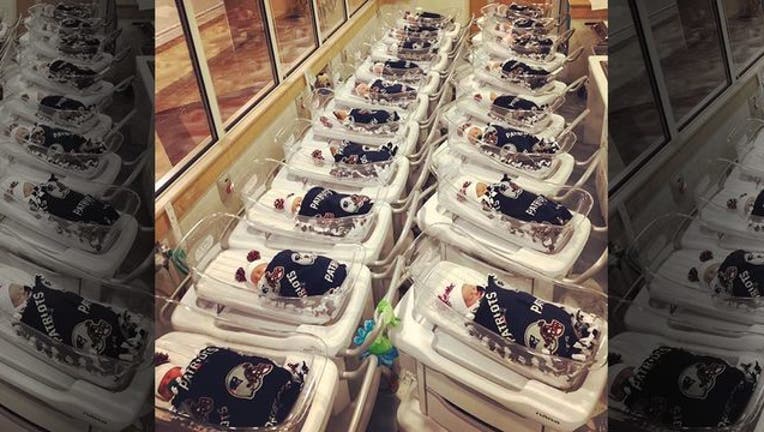 FOX NEWS - Newborns at a hospital in New England cheered on the Patriots as they went on to win their sixth Super Bowl championship on Sunday night.

Babies at the UMass Memorial Medical Center in Worcester were "cheering on" the team in "hand-made blankets and pom-pom hats," according to a Facebook post from the hospital.

"We think they are the most adorable good luck charms we’ve ever seen!" the center wrote of the tiny cheerleaders, whose support paid off. The Patriots beat the Los Angeles Rams 13-3 in the lowest-scoring Super Bowl game in history.

The hospital's maternity center delivers more than 4,000 babies each year. The medical center thanked the nurses "who made Patriots blankets for all our babies and to the night shift nurses who made the Patriots pom pom hats to give to moms and their new little Patriots fans!"