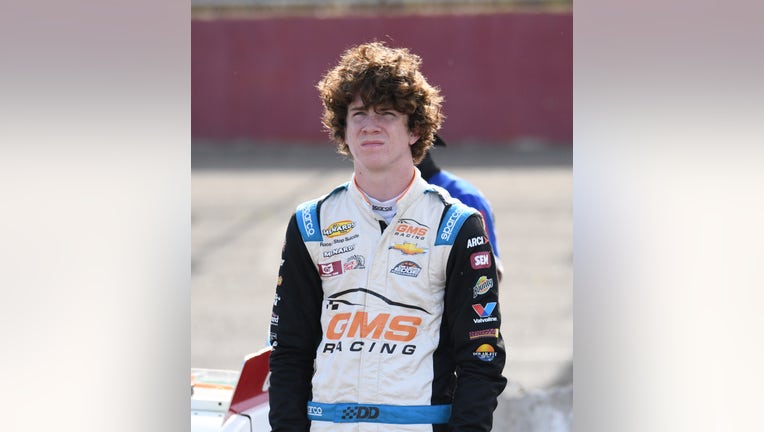 ARCA racer Daniel Dye was dismissed from battery charges against him. (Photo by Josh Holmberg/Icon Sportswire via Getty Images)

DAYTONA BEACH, Fla. - A misdemeanor battery charge brought against ARCA racer Daniel Dye was dismissed by prosecutors after a witness described the incident that prompted the charge as "a game."

Dye, 18, was arrested in Daytona Beach on April 26 after being accused of striking another student in the groin during class at Father Lopez High School. According to a private investigator hired by Dye's attorney, Aaron Delgado, students engaged in a game called "nut tag," where male students strike each other in the groin, according to students. According to a police report, the students that Dye struck were friends or acquaintances.

On the day of his arrest, he was initially charged with third-degree felony battery, but prosecutors later reduced that to a misdemeanor, and he was released from the Volusia County Branch Jail after posting $2,500 bail.

On Friday, prosecutors dismissed the charge as part of a deferred prosecution agreement completed by Dye. This agreement includes an eight-hour anger management course, 25 hours of community service, and restitution to the victim. The amount of restitution was not provided in the documents.

"The teen just wants to put the incident behind him," said Delgado.

Dye was suspended by ARCA Menards Series after his arrest, but was reinstated on May 13 after prosecutors reduced a felony charge to the misdemeanor charge dismissed last week. He has since graduated from high school.

The ARCA Menards Series is an American stock car series, the premier division of the Automobile Racing Club of America (ARCA). In 2018, NASCAR acquired the ARCA Series after a 60-plus year relationship between the sanctioning bodies that started with NASCAR Founder Bill France Sr. and ARCA founder John Marcum.