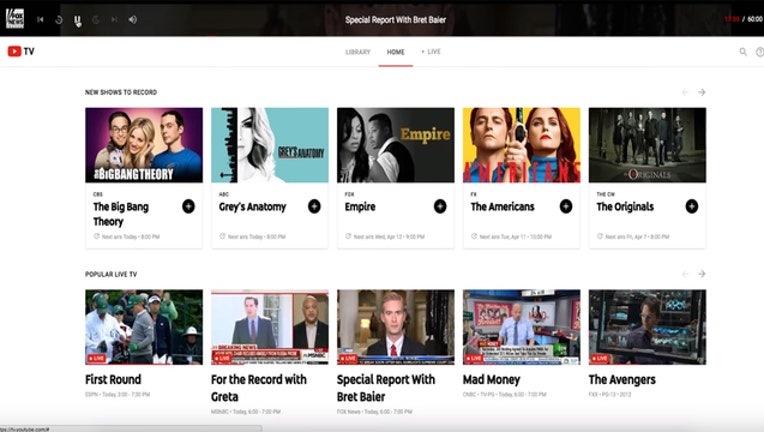 On Thursday, the cable alternative went live in the Orlando-Daytona-Melbourne market. Google launched the service in April in only five cities across the country but announced recently that it would expand to 10 more markets, including Orlando.

YouTube TV offers about 50 channels, including local channels like FOX 35.  It also boasts unlimited cloud-based DVR, use by up to six different devices and users at once, and no contract.  The cost is $35 per month.  Users can access the service through an app on smart devices, computers, and on their TV, through compatible streaming devices Google Chromecast and Apple TV via Airplay.

Competitors Sony, DirecTV, and Sling TV already offer competing live TV streaming services, but experts say the addition of the media giant to the list could draw more people to "cut the cord."

Orlando home theater expert DJ Speicher, of Home Theater Solutions, said about 40 percent of his customers these days have already ditched cable and satellite TV for the newer streaming options. He expects that number only to go up with more options coming out and more features.

"Now it's coming to the time where, hey, you pay for what you want and that's it,” said Speicher.