KABUL, Afghanistan - Explosions were heard as large numbers of Afghans crowded outside Kabul’s Hamid Karzai International Airport on August 17, as the US military worked to secure the complex.

On Wednesday, the Pentagon said that some 4,500 military personnel were present in Kabul.

This footage, taken on August 17, shows crowds massing near a wall at the airport.

Explosions can be heard, and a few individuals are seen clambering over the wall, with help from soldiers. At one point, a small child is raised to a foreign soldier guarding the area.

After a brief hesitation, the soldier takes the child and brings them over the wall. 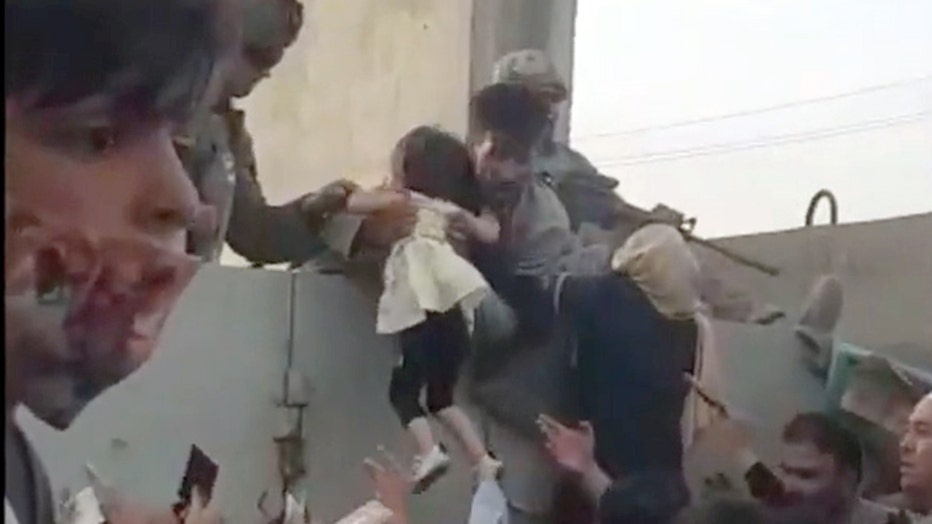 Child lifted over wall at Kabul airport as citizens try to flee country, taken over by Taliban