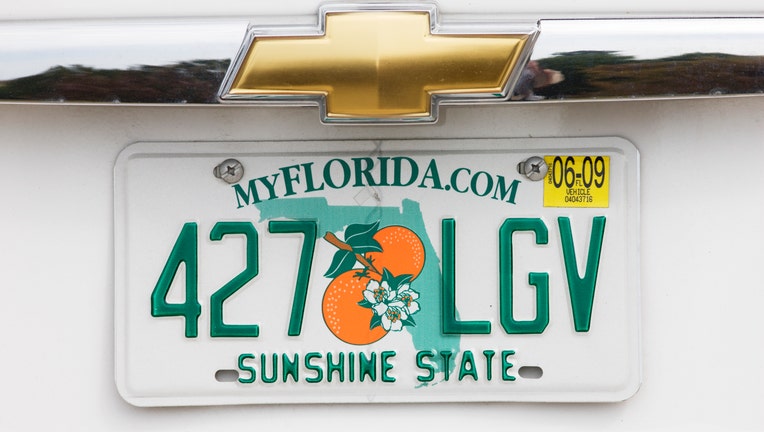 SEMINOLE COUNTY, Fla. - Renewing your motor vehicle registration has gotten a little easier in some Florida counties thanks to kiosks at the local Publix supermarket.

Last week, the Seminole County Tax Collector’s Office opened up a kiosk at a Publix in Altamonte Springs, joining Polk, Hillsborough, Manatee, and Brevard counties in offering the service, the Orlando Sentinel reported.

The kiosk allows residents to renew their registration and then print out a license plate sticker.

"We think it’s going to help people out," Seminole County Tax Collector J.R. Kroll told the newspaper, "The machine runs on Publix hours and not tax collector’s office hours. So, if it’s 9 at night, and you’re getting your groceries, you can also renew your tag."

The touchscreen machine is tucked between a Florida Lottery and Redbox movie rental machines, located at the front of the store near the check-out lines. Payment is made with either a credit card or debit card.

The kiosk verifies proof of insurance. And it doesn’t allow renewals for anyone with outsanding driver’s license or toll violations, the newspaper reported.

Intellectual Technology Inc. provides the kiosk free of charge to the tax collector’s office. The company then takes a portion of the $3.95 convenience fee added to the renewal cost.

"We realized that more people are starting to do things online," Kroll said. "The younger ones are no problem. They do everything online. They never want to come into the offices. But the old-timers, they like coming in and seeing a face."

Kroll said additional kiosks will be added shortly. He’s also adding a kiosk at his office for folks who would rather not wait in line for simple renewals.