It was a special send-off for a World War II veteran who died alone during the pandemic, laid to rest with a flyover by Warbirds Adventures.

ST. CLOUD, Fla. - On this Memorial Day weekend, a World War II veteran who died alone during the pandemic was laid to rest with a very special flyover by the people at Warbird Adventures in Kissimmee.

It was a salute in the sky for 94-year-old Roger Swanson. Warbird Adventures Chief Pilot Thom Richard says he knew the veteran.

"Roger visited us several times. He showed up here in his wheelchair," says Richard "When we heard of his passing and the unfortunate circumstances, we thought it was very appropriate to honor him."'

Swanson served as a captain in the United States Air Force. He recently passed away, alone in Winter Garden. While he did not die from the coronavirus, his daughter Nancy says his nursing home was on lockdown due to COVID-19, and they were unable to see him.

"The world lost a hero and the saddest thing is he had to die alone without a family member there," she says.

"I called around to the other Warbird owners in Florida, and we put together a small formation of four,  which is called the 'Missing Man Formation,'" explains Richard.

A flyover usually costs thousands of dollars, but this time it was at no cost to Swanson’s family.

"In this case, we did it because we thought it was the right thing to do," Richard adds.

For Swanson's family, it helps ease the pain. His niece, Karen Jury, says, "It was an amazing thing for them to do, and we just appreciate it so much the whole family was really touched."

As for Warbird Adventures, it opened on Monday after shutting down for two months. 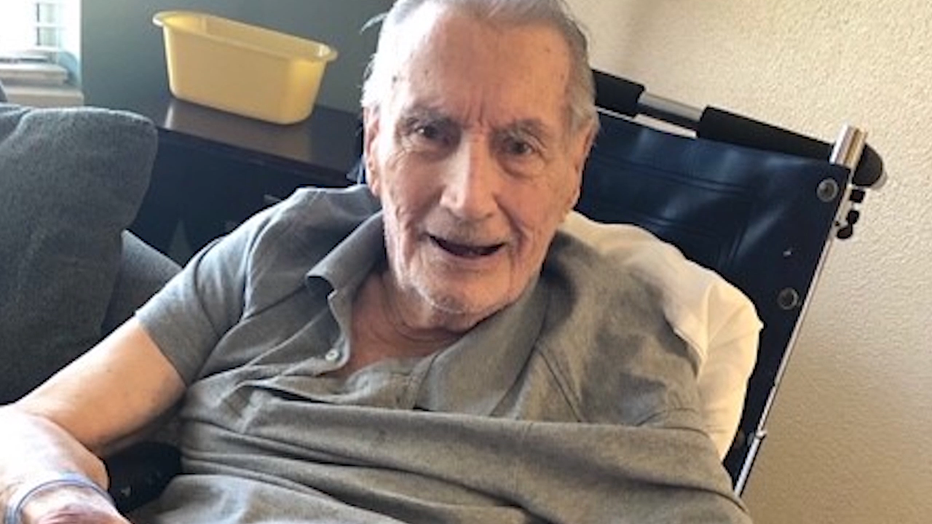 "It’s been a tough couple of months," Richard says. "Hopefully we’re on the road to recovery."

He says they are ready to take off at any time for these hometown heroes who died for our country.

"If it wasn’t for them, we wouldn’t have what we have today."