BALDWIN PARK, Fla. - In the ring, he’s WWE superstar Robert Stone. Outside of it, he’s a family man, Robert Strauss.

"With being a WWE superstar, you obviously have to be fit, your shirts off," Robert Strauss said. "You have to look the part and be the part."

Strauss has been wrestling his entire life, going pro at 16. He and his wife, Tara, moved to Orlando in 2019 when he started wrestling for the WWE.

Last week, they conquered one of their goals, opening a new gym called F45 in Baldwin Park.

"She introduced me to it," Robert said. "I tried it and I fell in love with it because it’s just a positive atmosphere, especially with all the negativity going on right now in the world."

The workouts are only 45 minutes.

"It's functional training, which means that the movement we do in the class mimics what we do in our everyday life," Tara Strauss said.

Tara is also one of the coaches at the gym, which uses technology to help you keep up with your workout.

They’re just getting started, but their business has already been impacted by the pandemic. 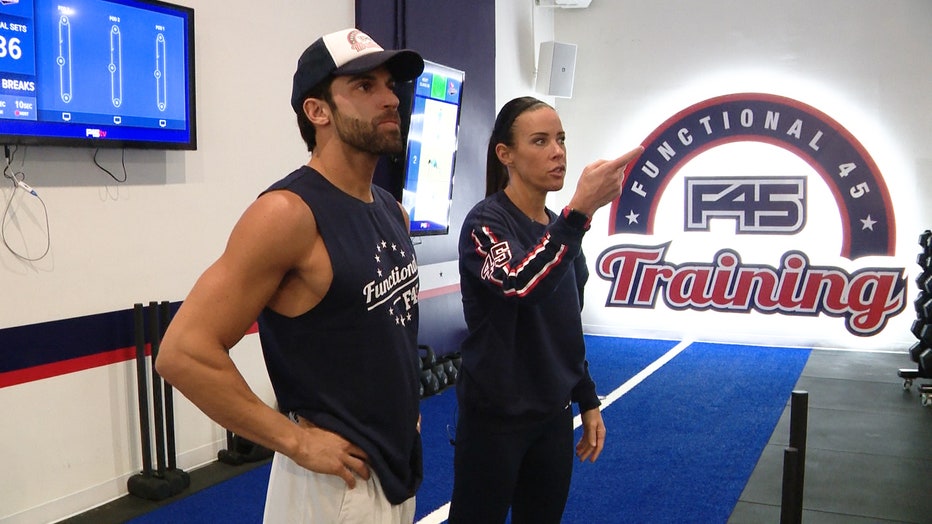 "It’s definitely been a different adventure than we expected, but at the same time I think it’s been better, in a lot of ways, as well," Tara Strauss said.

The couple said Robert’s work outside of the gym is helping bridge the gap.

"Orlando is very much about family and culture," Tara Strauss said. "We’ve learned that in a very short amount of time. So, I do believe who he is and his affiliation with the WWE, it lays out a foundation of trust that allows us to make connections in the community."

F45 Baldwin Park will have its grand opening on February 13.