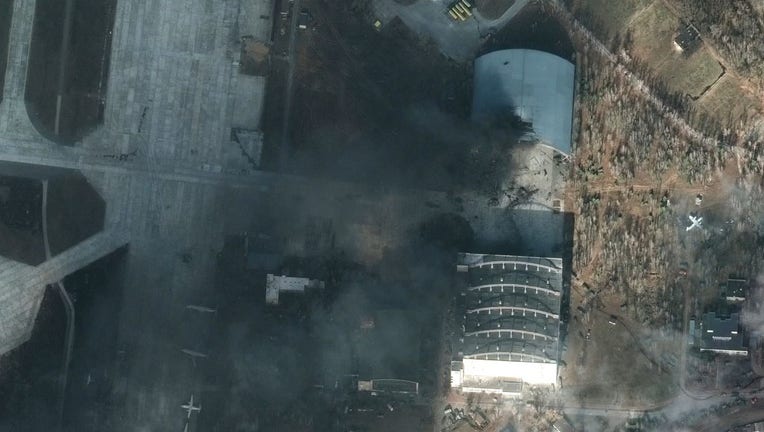 KYIV, Ukraine - Ukrainian officials said the world’s largest plane that was in regular operation has been "destroyed" in fighting with Russian troops, but pledged to rebuild the aircraft.

The Antonov-225, nicknamed the "Mriya" ("The Dream"), has been used to move exceptionally large cargo with its 290-foot wingspan. It was originally built to transport Soviet-era space shuttles, according to Space.com, and often attracts aviation buffs during its arrivals and departures at overseas airports.

The An-225 is operated by Ukroboronprom’s subsidiary Antonov Airlines and was parked in a hangar undergoing repairs at Hostomel (or Gostomel) airport, located just northwest of Kyiv, according to a statement. Russia launched an attack against the country on Feb. 24 and claimed to have taken control of the airport, which is also called Antonov International Airport.

"According to the director of Antonov Airlines, one of the engines was dismantled for repairs and the plane wasn’t able to take off that day, although the appropriate commands were given," a statement from Ukroboronprom, Ukraine’s defense industry conglomerate, said on Feb. 27.

"Currently it is impossible to assess the plane’s condition and the possibility and cost of its restoring due the lack of access to the aircraft as the control over the airport is taken by the Russian occupiers," the statement added.

Satellite images released by Maxar Technologies on Feb. 27 showed heavy damage to the airport. Ukraine’s official Twitter account later confirmed that the plane had been a casualty of the attacks.

"The biggest plane in the world ‘Mriya’ (The Dream) was destroyed by Russian occupants on an airfield near Kyiv," a tweet read. "We will rebuild the plane. We will fulfill our dream of a strong, free, and democratic Ukraine."

Only two planes have been built with larger wingspans — the Stratolaunch and the Hughes "Spruce Goose" — but each was used only for a single flight.

Ukroboronprom said in a follow-up statement that the plane would be rebuilt at Russia's expense and estimated repair costs at $3 billion USD.

"Ukraine will make every effort to ensure that the aggressor state pays for these works," Ukroboronprom said.

The AN-225 was built in the 1980s to replace smaller aircraft for the purpose of delivering rocket boosters and space shuttle orbiters to their launch site, according to Space.com. 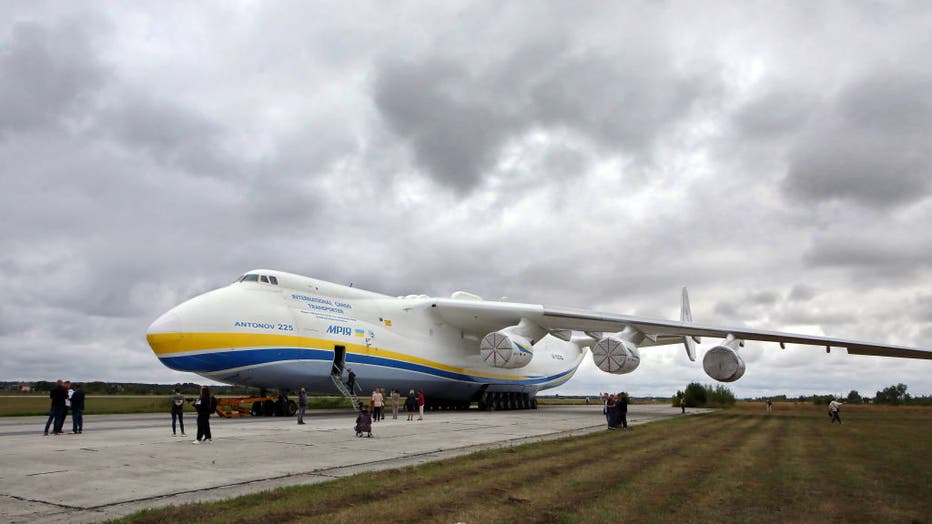 FILE - The Antonov An-225 Mriya, the heaviest aircraft ever built, is pictured at the Antonov aerodrome on Aug. 26, 2021. (Photo credit: Volodymyr Tarasov/ Ukrinform/Barcroft Media via Getty Images)

Two AN-225 planes were originally set to be built, but only one was completed before the fall of the Soviet Union in 1991. The completed AN-225 sat in storage for several years until it was restored to flight as a heavy-lift cargo plane, Space.com reported.

The aircraft was used last year to fly medical supplies in response to the COVID-19 pandemic.