NASA astronauts Christina Koch and Jessica Meir exited the International Space Station on Friday, the first time in a half-century of spacewalking that a woman floated out without a male crewmate. Their job is to fix a broken part of the station's solar power network.

Friday’s all-female spacewalk is inspiring and exciting for women who want to go to space. In the historic moment for women’s achievement,  two women astronauts went outside of the International Space Station (ISS) and fixed a broken part of the station's solar power network.

There have been 420 space-walks since we began exploring, but never an all-women team. President Donald Trump called to congratulate astronauts Jessica Meir and Christina Koch. 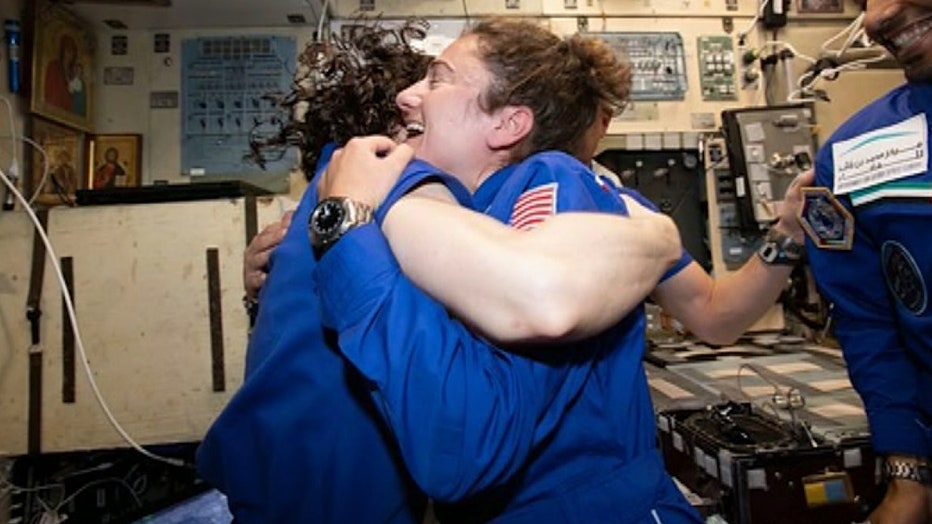 Florida Tech Senior Hannah Blackburn is proud and recognizes this as important. Her goal is to become an astronaut and explore our nearest neighbors.

“As an astrobiologist, I could look for signs of life, which we wouldn’t expect to see on the moon, that would be more of a thing for Mars later on, but I can also see how life functions in the lower than earth gravity environment, so right now I do a lot of study on plants, since we're planning on going our own food, if you’ve seen the Martian, something similar to...but not quite that,” Blackburn said. “I almost expected to see it happen sooner, but I’m sure it’s something we’re going to see more and more as we go on and I'm excited to have it finally happen.”

Fifteen women have completed spacewalks, and Blackburn wants to be on that list someday.   NASA originally wanted to conduct an all-female spacewalk last spring, but did not have enough medium-size suits ready to go.