NEW YORK - On March 30, the "Wordle" community lit up after participants came up with two different Wordle answers to Wednesday’s puzzle.

Confused players chimed in on Twitter asking others why there were two different correct answers.

Spoiler alert: Some players came up with the word HARRY, but for others it was STOVE. 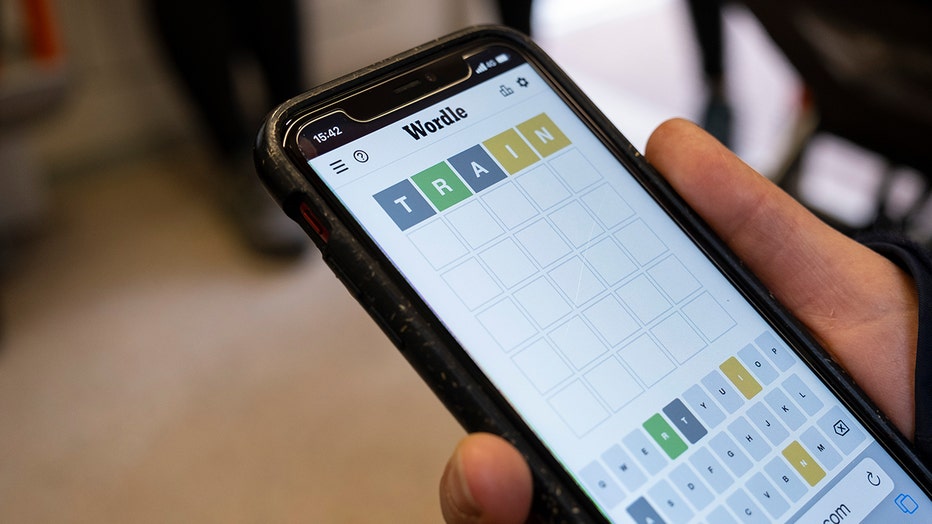 Woman playing Wordle on her smartphone while travelling on an underground train on 5th March 2022 in London, United Kingdom. Wordle is a web-based word game played by millions of users / players worldwide often on their mobile devices. The game was c

"In an effort to make the puzzle more accessible, we are reviewing the solutions and removing obscure or potentially insensitive words over time. HARRY is an example of an obscure word," Cohen told FOX Television Stations Group. "To ensure the game is in sync with the updated version, solvers should refresh the website where they play Wordle.

On Twitter, the Times called attention to the situation writing, "Good morning Wordlers. Seeing a different answer than your friends? Replay today's puzzle with the 'correct' word. Warning: you will have a bonus win added to your stats. Copy and paste this URL in the same browser you play Wordle: https://trib.al/Kfh24bl"

Wordle is a web-based puzzle that requires players to guess a valid five-letter word in six tries or less. After each guess, the color of the tiles will change to show how close your guess was to the word.

Everyone is given the same word daily, and after 24 hours, the word changes.

According to the New York Times, the game was created by Josh Wardle (Wordle is a play on his last name), a software engineer in Brooklyn who knew his partner loved word games, so he created a guessing game for just the two of them.

RELATED: How to play Wordle: How to win the internet's latest game obsession

"I think people kind of appreciate that there’s this thing online that’s just fun," Wardle said in an interview. "It’s not trying to do anything shady with your data or your eyeballs. It’s just a game that’s fun."

But this isn't Wardle's first social experiment. The former software engineer for Reddit told the Times he created two collaborative social experiments on the site, called The Button and Place, that each were popular in their moment.

Where can I play Wordle?

The web-based game Wordle can be played on a desktop browser or mobile device at https://www.nytimes.com/games/wordle/index.html.

Millennials are driving interest in Wordle

According to the data insights company Morning Consult, "millennials are driving the most interest in the game."

Twenty-six percent of respondents in the generation said they play Wordle, compared to 18% of Gen Zers, 9% of Gen Xers and just 5% of baby boomers.

The company said social media is the main force behind Wordle’s popularity, reporting that 43% of respondents who had heard of the game said they first heard about it on social media.

In January, the Times announced that it has acquired Wordle to add the popular daily word game to its collection of puzzle games.

The news company said that Wordle would be free to play for new and existing players, and no changes would be made to its gameplay.

Wordle was acquired for an undisclosed price. The Times reported that it was "in the low-seven figures."