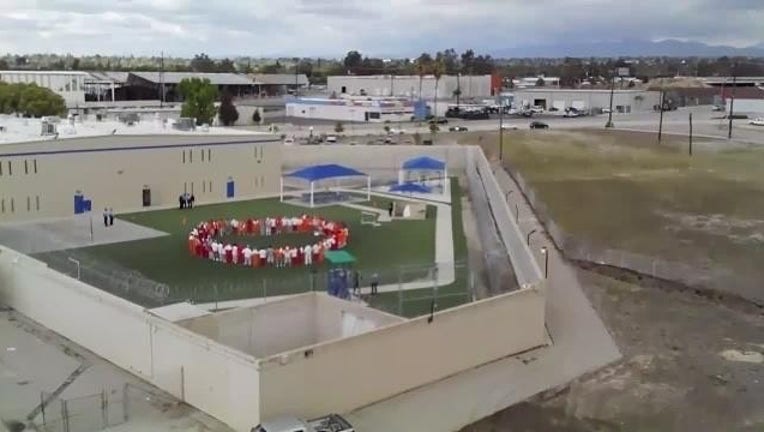 BAKERSFIELD, Calif. - At least 15 women were released from the Immigration and Customs Enforcement detention facility in Bakersfield after they held a hunger strike over worries that they would get coronavirus, an immigrant rights group announced this week.

The women had been detained at the Mesa Verde Detention Facility in Kern County, according to Centro Legal de la Raza, an Oakland-based legal organization that represents some of the women who were released.

Spokeswoman Susan Beaty said she is not exactly sure why the judge chose just to release the women. There are still "dozens" of men still left there, she said. There are about 200 detainees at Mesa Verde overall, she said.

"We now know that they can release people en masse," Tania Bernal of the California Immigrant Youth Justice Alliance, said in a statement. "Though we celebrate the fact that these women will now be safe from the dangers of COVID-19 in detention, our eyes turn now to the men and handful of women who are still at risk of contracting the virus."

A coalition of attorneys that included the San Francisco public defender’s office and the ACLU filed a lawsuit in April calling on ICE to release inmates from Mesa Verde and Yuba County Jail.

The lawsuit alleged crowded and unsanitary conditions. On May 1, the judge found "likely" unconstitutional violations.  But he has not yet made a final ruling.

The release of the women is not a direct result of that lawsuit, Beaty said. However, she noted that there has been pressure building from activists, and indirectly from the lawsuit, to get detainees released.

In response, ICE sent KTVU a statement highlighting the fact that there are no current COVID-19 positive detainees at either the Mesa Verde ICE Processing Center or Yuba County Jail.

In addition, the statement said that the people who are detained are "individuals who are mandatorily detained under the immigration laws enacted by Congress and/or who pose a significant threat to public safety, including those suspected or convicted of murder, sexual abuse of a minor, drug offenses, burglary, and assault with a deadly weapon."

The release follows weeks of protests and a hunger strike among the women in the facility who said they were unable to follow health guidelines like physical distancing, putting them at risk of COVID-19.

He is the first person to die of the virus in ICE custody.