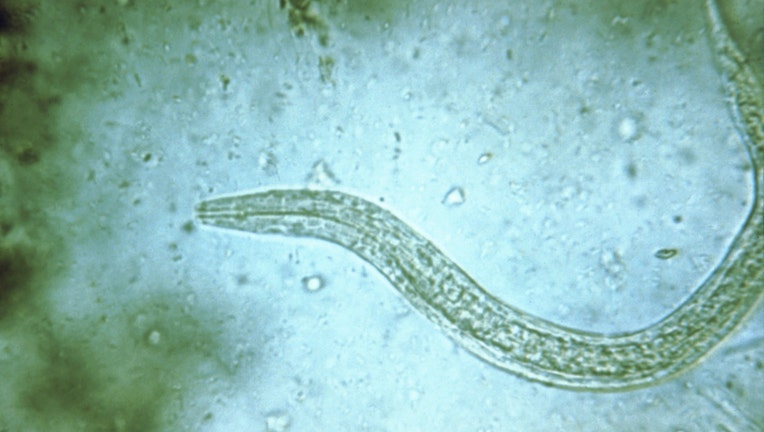 Physicians in The American Journal of Tropical Medicine and Hygiene detailed the woman’s case, believed to be the first “autochthonous case” — or local acquired case — of neurocysticercosis, a parasitic disease that occurs after one accidentally ingests Taenia solium (pork tapeworm) eggs.

“Humans become infected after consuming undercooked food, particularly pork, or water contaminated with tapeworm eggs, or through poor hygiene practices,” per the World Health Organization (WHO).

The woman, who was not identified in the case report, had never traveled overseas at the time she was diagnosed.

“Australian cases reported have either been in immigrants or returning residents, who have traveled to endemic regions. Autochthonous cases have been recorded in other nonendemic regions of the world, including a frequently referenced report in an orthodox Jewish community in New York City and also in Middle Eastern countries, where pork consumption is forbidden for religious reasons,” the authors wrote.

The woman suffered headaches two to three times a month from the time she was 18, and the headaches were often accompanied by “visual aura,” per the case report. Painkillers would usually provide her relief, but her headache described in the case reported was persistent, leading her to seek medical attention. Her visual symptoms also worsened.

A subsequent MRI scan revealed what doctors at first thought was either brain abscess or a tumor. But when the woman went in for an operation to remove the brain lesion, they discovered the shocking cause behind her pain: a cyst full of tapeworm larvae. Thankfully, after the cyst was removed, the woman, who worked as a barista and was considered low risk for this type of infection, did not require further treatment.

“Sometimes, a clear epidemiological link can be established based on evidence of close contact with people originating from geographic areas of high endemicity, who may be employed in the households of those who would otherwise not be at risk,” the case report authors wrote. However, “such a link could not be made in the present case,” they noted.

“The patient’s family had neither accommodated guests or domestic workers from endemic regions nor did the patient report previous or current close contact with people from areas of known endemicity.”

“The patient’s work as a barista did entail ongoing casual contact with people from a variety of geographical regions, but this was not distinguishable from countless other young Australians employed in the hospitality industry. However, it is not surprising that with the high frequency and ease of travel between endemic and non-endemic regions, sporadic infection can occur in people, who would otherwise be considered at no or very low risk of infection with T. solium,” they continued.

“Although a clear source of infection was not established here, it is proposed that the patient had inadvertently ingested eggs of T. solium released from a tapeworm carrier who had cases with solitary brain lesions.”

If left untreated, the larvae can travel through the body and invade other tissues, leading to a condition called cysticercosis.

“When larvae build up in the central nervous system, muscles, skin and eyes, it leads to neurocysticercosis – the most severe form of the disease and a common cause of seizures worldwide,” the WHO says.

“Although this case is the first documented of Australian locally acquired NCC, it is possible that more cases could ensue. Clinicians need to be mindful that with the ease and frequency of world travel, diseases such as NCC that are highly endemic in many parts of the world pose a risk to inhabitants of countries with low endemicity,” the authors concluded.