DAYTONA BEACH, Fla. (WOFL FOX 35) - An elderly woman battling cancer had her car towed at the hospital where she was receiving chemotherapy.

At Halifax Health Medical Center, that 79-year-old Josie Araneta got into a minor accident in the parking lot. Police responded, no one was hurt and she went inside to receive chemotherapy. But when she came outside to drive home, her car was nowhere to be found. It was towed.

“We couldn’t find it,” Araneta said. “Security said it was towed.”

Araneta said she was trying to park her Ford SUV when she accidentally jumped over a curb and hit a parked car. She later found out that the responding Daytona Beach Police officer ordered that it be towed.

“If his excuse is because he was worried about me, and that’s the reason why he wanted my car towed because he did not want me to drive, he could have come up, asked me if I’m ok, ask me if I have a family,” she said.

Araneta was diagnosed with cancer in January - six months after her husband died. On April 5 she had just finished another round of chemotherapy.

“Cancer in my lungs, kidney, my liver and all my bones,” she said. So he said I have stage 4 metastatic cancer.”

So after being dealt one blow after another she said she wasn’t going to let her towed car leave her handicap.

“Why did they tow it? It was legally parked,” Araneta said. “I said, listen, I want my money back, I said, you know, I have enough problems.”

Daytona Beach Police Chief Craig Capri agreed. He ordered the department to reimburse her for the towing fee that she had to pay to get her car back.

“It’s one of those things where it was a miscommunication,” Capri said.

Police said the tow truck was necessary to pull the car out from where it was wedged.

“She’s got a lot to worry about,” Capri said. "Stressed about her medical condition. I don’t want her to have any more stress.”

“He was so nice,” Araneta said. “I said it restores my faith in humanity because what happened to me sorta took it out.”

Araneta said she is very thankful to the Daytona Beach Police and gave the officer a holding cross, like the one that she has kept close to her heart throughout her cancer treatments. 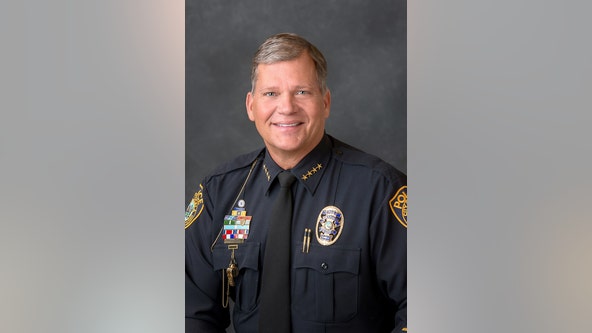