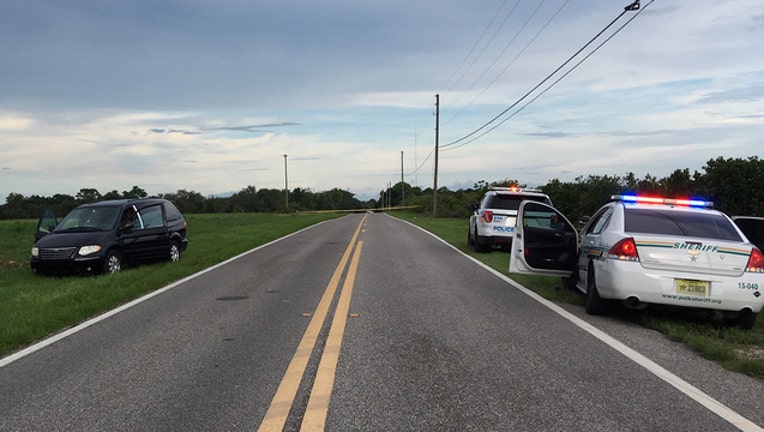 HAINES CITY, Fla. (FOX 13) - A woman was shot by a deputy as she was fighting with her daughter in a minivan on the side of a Haines City road, authorities said.

The Polk County Sheriff's Office said a man was driving down Carl Boozer Road near Powerline Road before 5 p.m. Saturday when he saw two women fighting in a vehicle pulled off to the side of the road.

After the witness heard the victim in the driver's seat scream that the woman on the passenger side was going to shoot her, he called 911 and fled.

The sheriff's office and Haines City police responded to the scene and saw the women fighting as the victim screamed for help.

Deputies said the suspect, identified by authorities as the mother of the victim, continually refused to obey verbal commands to stop and show her hands.

As investigators tried to intervene, the daughter continued to scream that her mother was going to shoot her.

That's when deputies said the suspect ducked down and then came back up.

"In fear for the victim's life and his own, when she reappeared the deputy fired at the suspect, striking her more than once," the sheriff's office said in a news release.

The mother was transported to a nearby hospital with gunshot wounds which were not life-threatening, according to deputies.

Investigators said the victim had injuries consistent with being battered.

The deputy who fired at the suspect will be put on paid administrative leave as authorities investigate.