A woman was found dead in a laundry room of a Lake County home early Monday, according to the Leesburg Police Department.

LEESBURG, Fla. - Leesburg Police are looking for a murder suspect after finding a 37-year-old woman dead in her home. It happened early Monday morning at a home on Penn Street.

Marcus Jones said he received an unexpected knock on his door that woke him around 6 a.m.  His neighbors said their friend, who they knew as "Kiki," was dead. "I found out they said Kiki got shot. She got murdered," said Jones. "I told her mama, ‘I’m sorry for your loss. Anything I can do, let me know.’"

Melissa "Kiki" Smith was living at the home with her mother. "She was at home and was inside the residence and came outside after a knock on the door where a friend of the victim had been looking for her. That’s when she was discovered deceased," said Leesburg Police Captain Scott Mack.

Detectives said Smith was found in a room attached to the house around 2:30 a.m.  No one at home or nearby heard the shot that took her life, but police believe the shooter likely knew the suspect. "It’s very likely but I don’t know the specifics at this time," said Mack. 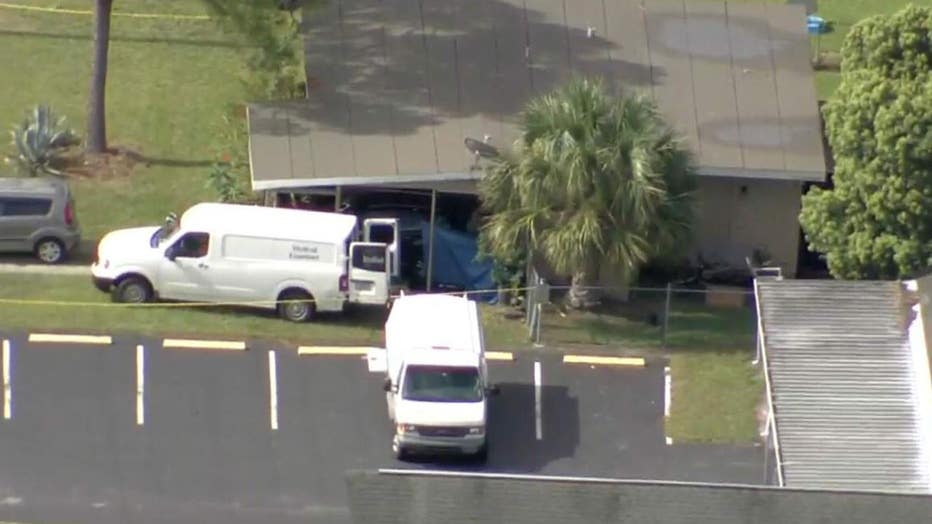 Neighbors could be seen helping out at the house. They say Melissa was a good person and had moved here about six years ago. "That’s the only child her mama had," said Jones. "I know she’s going to be going through something."

Police believe it may have been just one shot that killed Melissa. They haven’t released any information about the suspect yet but say they are no threat to this otherwise quiet neighborhood.

Information regarding a suspect was not immediately released. Anyone with information about the case is asked to call detectives at 352-728-9862, or call Crimeline at 800-423-TIPS (8477) to be eligible for a reward.