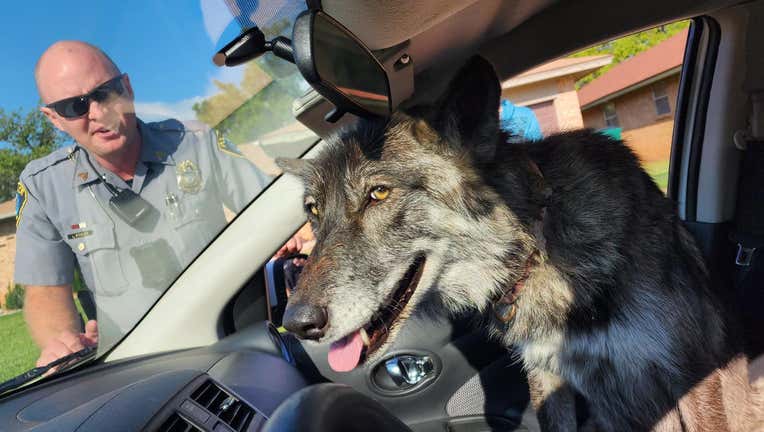 Oklahoma City police responded to a daycare after what appeared to be a large wolf roaming nearby. It turns out the ‘big bad wolf’ was nothing more than a dog who lost her way home.

The pooch – which is an 85% wolf and 15% Alaskan Malamute mix – was recently reported lost by a resident.

The canine was safely reunited with its owner, but not before the responding officer took some selfies with his new friend.

Dani Brumley, who appears to the dog's owner, commented on the Facebook post thanking officers for bringing her dog, named Nova, home.