Mom thanks deputy who rescued family from fire

Video from a body camera worn by an Orange County Sheriff's deputy shows the wild rescue of a toddler from a burning building.

ORANGE COUNTY, Fla. - Video from a body camera worn by an Orange County Sheriff's deputy shows the wild rescue of a toddler from a burning building.

The mother of that child is sharing her terrifying ordeal and providing an update on her daughter's recovery.

The mother of the child, Barbara Elenus, and her four kids are staying at this hotel in Orlando, having been displaced from their apartment. They lost everything in that fire, she said.

Elenus said she knows they could have also lost their lives too had it not been for the deputy who saved her and her baby girl. 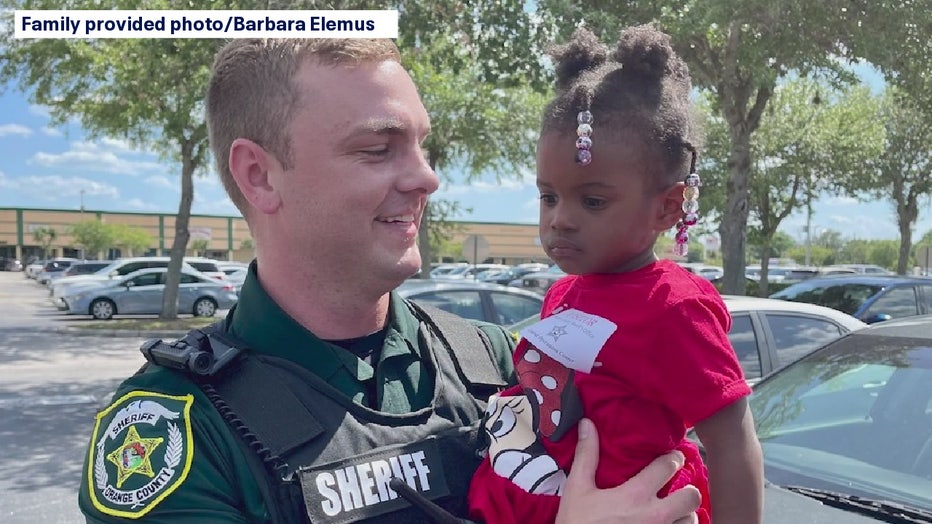 Her daughter, 2-year-old Sophia, got to meet that deputy on Tuesday.  Elenus said it was a happy meeting, full of gratitude and love.

She was emotional talking about what happened that night. She woke up to her sister yelling "Fire!" and quickly woke up her kids. Three of them ran out the door and down the stairs.

Elenus said the smoke and flames were too much, so she took her 2-year-old girl and went to the balcony with her sister.

She said it was hard for her to watch the video showing the flames behind her as she was passing her daughter to the deputy, who climbed up to save them.

Body-cam video shows the moment Orange County deputies worked together to rescue a child from a second-story apartment fire.

She expressed her gratitude for that deputy during our interview.

"I want to that him so much because, without him, me and my daughter might not be here. And my sister might not be there. He showed my kids something positive that he was willing to risk his own life and fall down three flights of stairs just to save us."

The Orange County Sheriff’s Office gave the kids toys, gift cards, and some clothes to help get them through in the meantime.  The family has set up a GoFundMe page to assist them with their losses.

The 2-year-old has a burn on her foot but is doing okay.