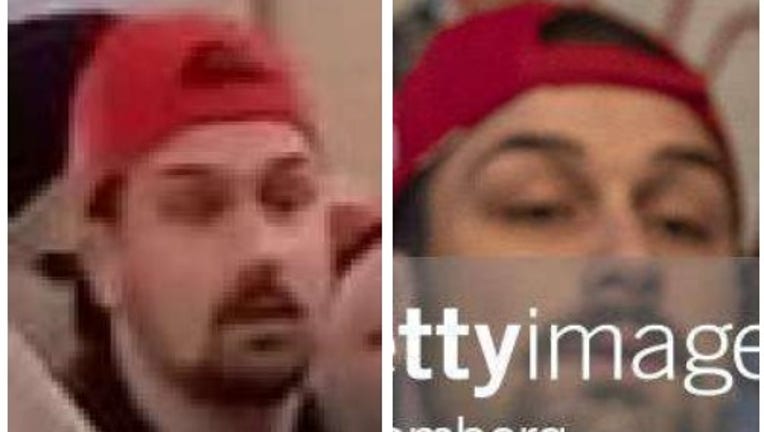 MADISON, Wis. - The Wisconsin National Guard says it is in the process of removing a guardsman after he pleaded guilty for his role in the insurrection at the U.S. Capitol that took place on Jan. 6, 2021.

Last September, Abram Markofski, of La Crosse, pleaded guilty to one of four counts in a plea agreement with federal prosecutors.

The charge of parading, demonstrating or picketing in a Capitol building carries a maximum sentence of six months in prison and a fine of up to $5,000.

For the misdemeanor, Markofski was sentenced to 24 months probation and ordered to pay a $500 restitution and a $1,000 fine. He also agreed to cooperate with the ongoing investigation into the incident.

However, according to Military. com, Markofski "has been allowed to continue his military training for a year after he was first charged, and is still receiving a paycheck from the state," a source told the outlet.

"It remains a pending personnel matter," the Guard responded to FOX Television Stations.

According to the plea deal, Markofski has agreed to be interviewed by law enforcement agents about the events on Jan. 6 when a mob stormed the Capitol as Congress met to certify the results of the November presidential election in which Joe Biden defeated then-President Donald Trump.

A Capitol Police officer collapsed and died after engaging with rioters who descended on the building. A medical examiner later determined he died of natural causes. Many other officers were injured. A woman from California was shot to death by Capitol Police and three other people died after medical emergencies during the chaos. In the weeks and months that followed, four of the officers who responded to the riot killed themselves.

Since Jan. 6, 2021, nearly 800 people have been arrested in nearly all 50 states for crimes related to the breach of the U.S. Capitol, officials said. More than 250 people have been charged with assaulting or impeding law enforcement.

The congressional committee investigating the riot is still seeking information from many people in Trump’s inner circle.

The former president’s daughter Ivanka Trump and her husband, Jared Kushner, have spoken to the committee in the past month, providing hours of testimony that members have cited as helpful to their probe.