A winter storm that produced snow from the Plains into the South will intensify into a powerful "bomb cyclone" as it blasts the East Coast with heavy snow and high winds on Saturday.

As a strong upper-level jet stream plunges out of the West, it will spawn the development of a surface low-pressure system along a cold front in the lower Mississippi Valley. That low will then rapidly strengthen as it tracks into the Northeast by Saturday and Atlantic Canada on Sunday.

Meteorologists use the term bomb cyclone to describe a low-pressure system that undergoes "bombogenesis" – defined as a rapid pressure drop of at least 24 millibars in 24 hours or less – indicative of a very intense storm system. In general, the lower the pressure, the higher the strength of the winds.

According to David Roth, a meteorologist at NOAA's Weather Prediction Center, all-time record-low pressures could be set across portions of Atlantic Canada as this storm "bombs out" over the weekend.

The National Weather Service has issued Winter Storm Warnings, Winter Storm Watches and Winter Weather Advisories from parts of the Southern Plains to the mid-South, Ohio Valley, Appalachians and interior Northeast. Areas included in the Winter Storm Warnings are expected to see the worst driving conditions due to the snow, but hazardous travel is possible in all of these locations under winter weather alerts. 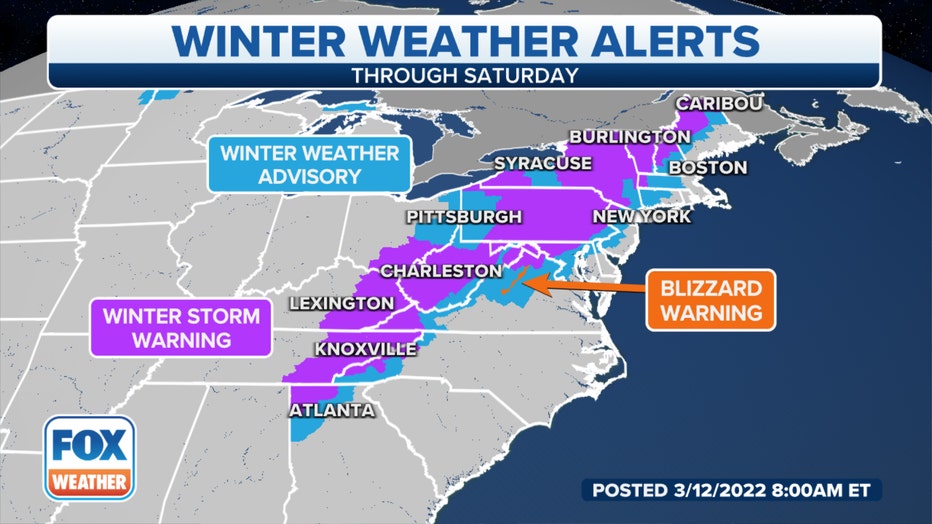 Winter weather alerts stretch from the Southern Plains to the interior Northeast.(FOX Weather)

Here's our current outlook for the storm's timing, followed by the forecast snow amounts. Be sure to download the FOX Weather app for the latest forecast and weather alerts for your exact location, plus our channel's 24/7 livestream.

Wind-driven snow is expected on Saturday from the Appalachians to portions of Pennsylvania, upstate New York and northern New England. The snow could be heavy at times, with snowfall rates of 1 to 2 inches or more per hour, especially in the interior Northeast.

Along the Interstate 95 urban corridor, rain and even a few thunderstorms could change to a period of wet snow later Saturday or Saturday night from Boston to New York City, Philadelphia and Washington.

High winds are likely across much of the eastern U.S. as the low-pressure system undergoes bombogenesis, with the highest gusts from the coastal Carolinas to the mid-Atlantic coast, central and eastern Pennsylvania, upstate New York and New England. 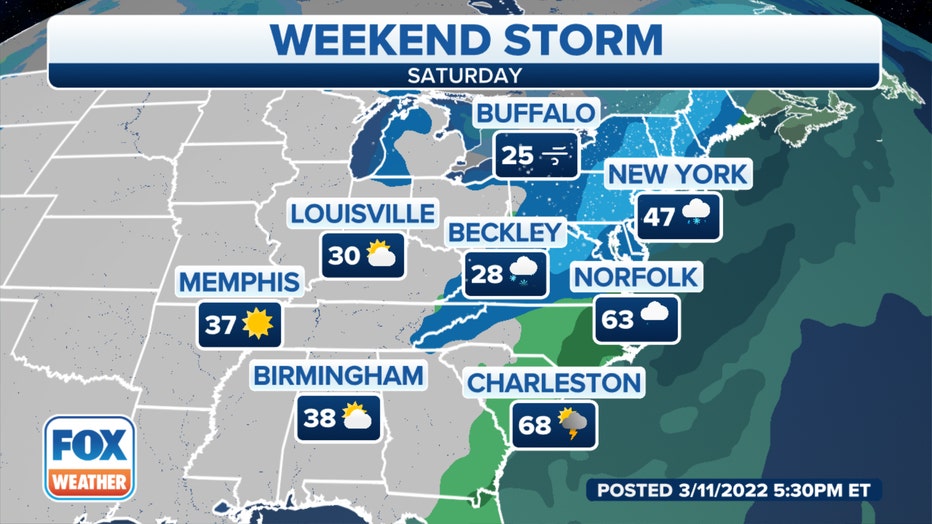 Downed trees and power outages are possible in those areas, in addition to blowing and drifting snow and significantly reduced visibility where snow is falling. Be prepared for dangerous winter driving conditions from the combination of the snow and high winds.

The snow will end from west to east on Saturday night as the storm moves into Atlantic Canada, but slick roads could linger into Sunday morning across the Northeast with temperatures plunging below freezing. 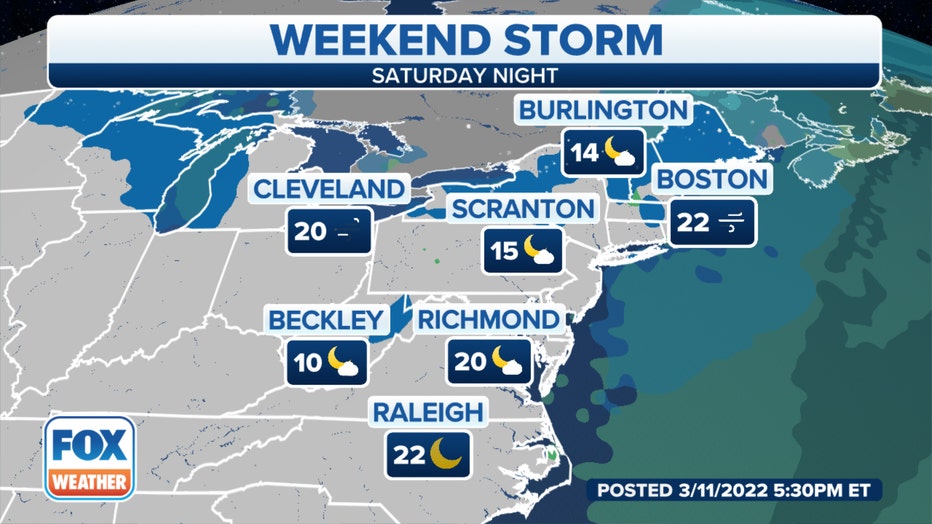 The interior Northeast will see the heaviest snow from this winter storm, particularly areas from the central Appalachians to central and northern Pennsylvania, upstate New York, Vermont, northern New Hampshire and northern Maine. More than 6 inches will pile up in many of these locations, with some spots receiving a foot or more of snow.

Most other locations along the path of the storm are expected to pick up less than 6 inches of snow. However, roads could still be slippery as far south as portions of Oklahoma, the Texas Panhandle, the Ozarks and the Tennessee Valley, especially in the hills.

A slushy coating of snow is not ruled out all the way down to northern Mississippi, northern Alabama and northern Georgia, including the Birmingham and Huntsville, Alabama, metro areas and even the northwestern suburbs of Atlanta. 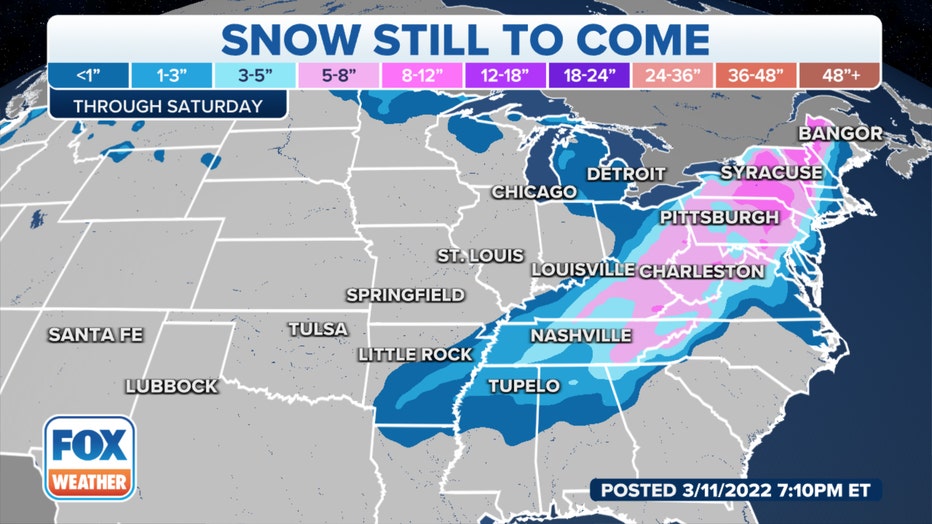