A group of northern California doctors created a song based off a popular Broadway show to encourage people to get the coronavirus vaccine.

LOS ANGELES - A live "Game of Thrones" stage show is currently in the works, according to The Hollywood Reporter.

Author George R.R. Marin said in an interview with the Reporter that he is currently developing the show for Broadway, West End in London and Australia to debut in 2023.

The production focuses on The Great Tourney at Harrenhall, a fictional contest that occurred over a decade before the events depicted in the "Game of Thrones" television series.

"The play will for the first time take audiences deeper behind the scenes of a landmark event that previously was shrouded in mystery," reads the play’s official description, according to the Hollywood Reporter. "Featuring many of the most iconic and well-known characters from the series, the production will boast a story centered around love, vengeance, madness and the dangers of dealing in prophecy, in the process revealing secrets and lies that have only been hinted at until now."

The attendees of the fictional event include a young Jaime Lannister and Ned Stark originally played by Nikolaj Coster-Waldau and Sean Bean in the HBO television series.

It remains unclear whether or not the actors from the television series will reprise their roles in the live stage play. 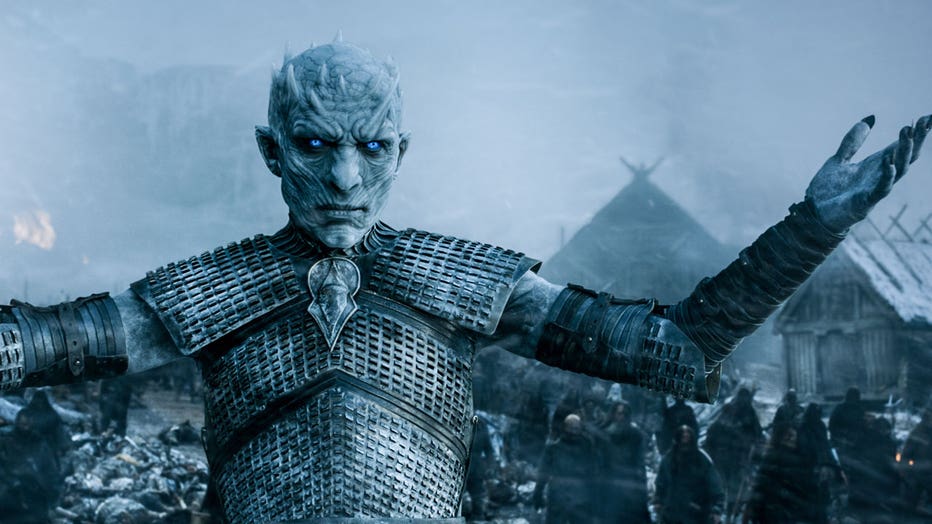 The Night King is shown in a scene from HBO's "Game of Thrones." (Photo credit: HBO)

Well-known characters from the show that would make an appearance include Robert Baratheon, Rhaegar Targaryen, and Prince Oberyn Martell who were all depicted in the HBO series.

"The seeds of war are often planted in times of peace," Martin told the Hollywood Reporter. "Few in Westeros knew the carnage to come when highborn and smallfolk alike gathered at Harrenhal to watch the finest knights of the realm compete in a great tourney, during the Year of the False Spring. It is a tourney oft referred during HBO's Game of Thrones, and in my novels, A Song of Ice & Fire … and now, at last, we can tell the whole story... on the stage."

The fantasy drama series, which is set in the fictional kingdom of Westeros, attracted a broad, international fan base and received 47 Primetime Emmy Awards. The show is an adaptation of Martin's "A Song of Ice and Fire" novels and began shooting in 2011.

The series concluded after eight seasons on HBO in 2019.

A "Game of Thrones" prequel titled  "House of the Dragon" is expected to begin production in April.

"House of the Dragon" will be set 300 years before the events of "GoT" and stars Paddy Considine as King Viserys Targaryen, Olivia Cooke as Alicent Hightower, Emma D’Arcy as Princess Rhaenyra Targaryen, Matt Smith as Prince Daemon Targaryen, per HBO.