Santa was joined by elves at Nemours Children Hospital in Orlando to wash windows, much to the delight of some pediatric patients.

Window washers with A-1 Orange Exterior Building Services dressed up in elf and Santa costumes and rappelled down eight stories to surprise patients and spread Christmas cheer. 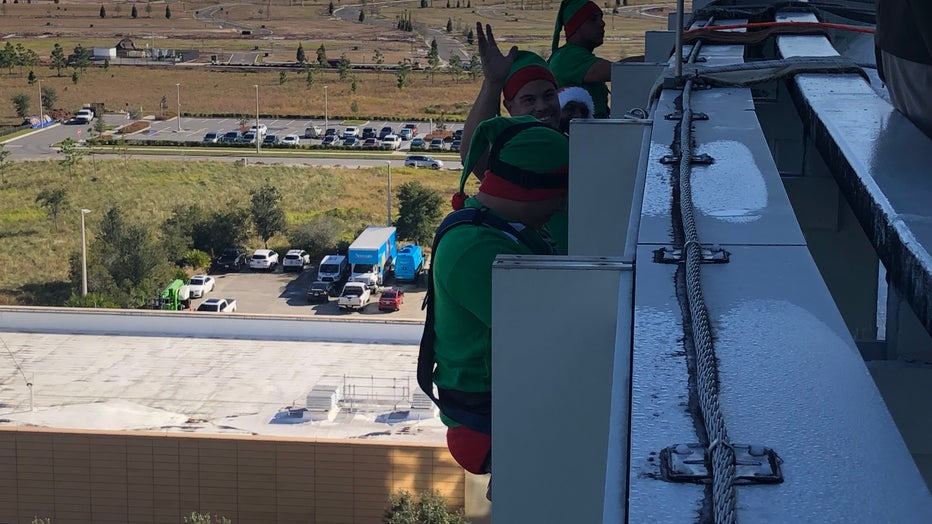 “Soon as they see you they just light up right away. Just that feeling that it invokes in you it’s like a winning a million dollars,” said window washer Jamel Durieux.

The window washers spent several minutes writing notes to the children on the windows and playing games with them. 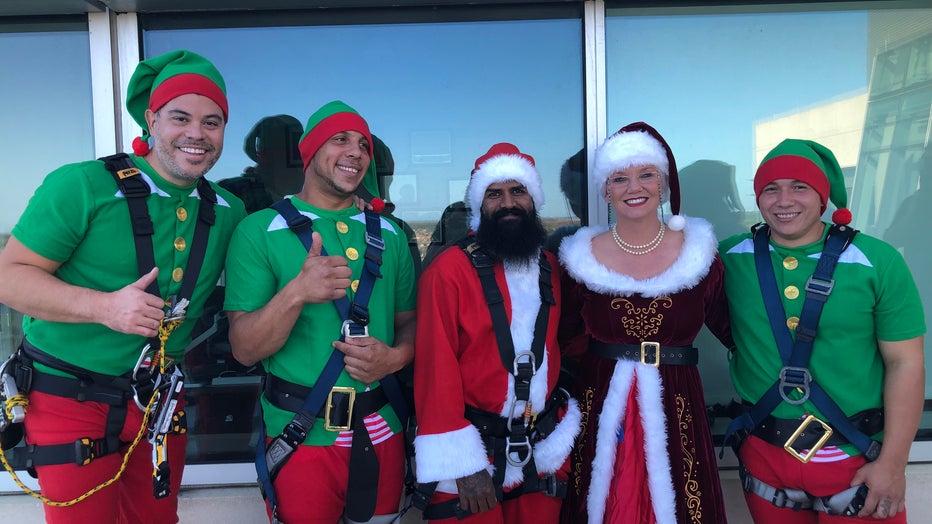 The company has been dressing up for patients as Nemours Children’s Hospital twice a year since 2012.

“It’s definitely something special when it’s not expected. Putting a smile on everybody’s face and just have a little fun,” said dad Timothy Buzzie.

His 7-year-old daughter, Amelia, was at Nemours Monday for a doctor’s visit and said she was very excited when she saw the special visitors.

“[She smiled] and every time I would let her be she would come and get me to show me,” Buzzie said. “It’s extra special. It just takes your mind off everything that’s going on.”