GIBSONTON, Fla. (FOX 13) - Two men got quite a ride through Gibsonton after they tried to reclaim their stolen truck Thursday.

According to the Hillsborough County Sheriff’s Office, it was around 8:30 p.m. when deputies were called to the Gibsonton Mobile Home Park after a pickup truck was stolen from a yard there. An hour later, the truck’s owner spotted his stolen pickup at the Gibtown Inn on U.S. Highway 41.

That’s when the victim decided to take action himself. He and a friend tried to block the truck in the parking lot and pull the suspect from the cab. But the suspect started driving off, so the man and his friend hopped into the bed of the truck.

As the truck thief sped south on U.S. Highway 41, he began accelerating and swerving side to side to throw the two men from the truck bed. They hung on, and a deputy began following the truck but eventually lost it.

Moments later, the truck crashed into a ditch at the intersection of North Street and Ekker Street. The two men in the bed suffered minor injuries, while the suspect fled on foot.

Deputies say the man, later identified as Eniel Marzo-Alayo of Riverview, climbed into the unlocked bedroom window of a home on Wood Violet Drive and grabbed a set of keys inside the home to steal another car, but the keys did not match the vehicle in the driveway.

As he was walking away, deputies caught up with Marzo-Alayo. The 34-year-old was charged with several felonies including two counts of fleeing and eluding and kidnapping. 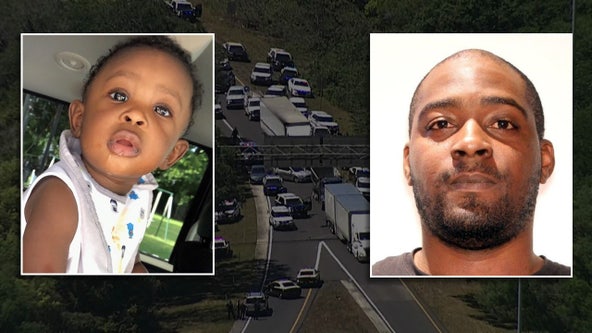